That’s right, Capcom have finally update the Devil May Cry 4 website and it’s a beauty of an update! They’ve updated the Characters, Devils, Screenshots and Movies sections and it’s the latter section that smacks you in the face then runs off! There’s a new gameplay video of Dante in action showing off a couple of his styles and kicking some Frost butt, but it’s a very brief video. 😥

In the Characters section there’s a Dante Special Report which has some new images and a stage that is hinted to be only available to Dante. Now, this is a guess on my part, but it tells you to look at the letters next to his life gauge for a hint of what’s to come, so I did and it appears to say GUNSLINGER. So I’m thinking that the more enemies you kill using a certain style (Gunslinger for instance), the letters will appear, eventually forming the full name of whichever style you are using. Once the name appears in full you can activate some special moves, much like the Devil Trigger, and pull of some bad ass combos. But how about if you are able to fill up all four styles and activate all the special moves within each style and switch between them during battle, unleashing some crazy combos and dealing massive damage!! OH YEAH!! 8) 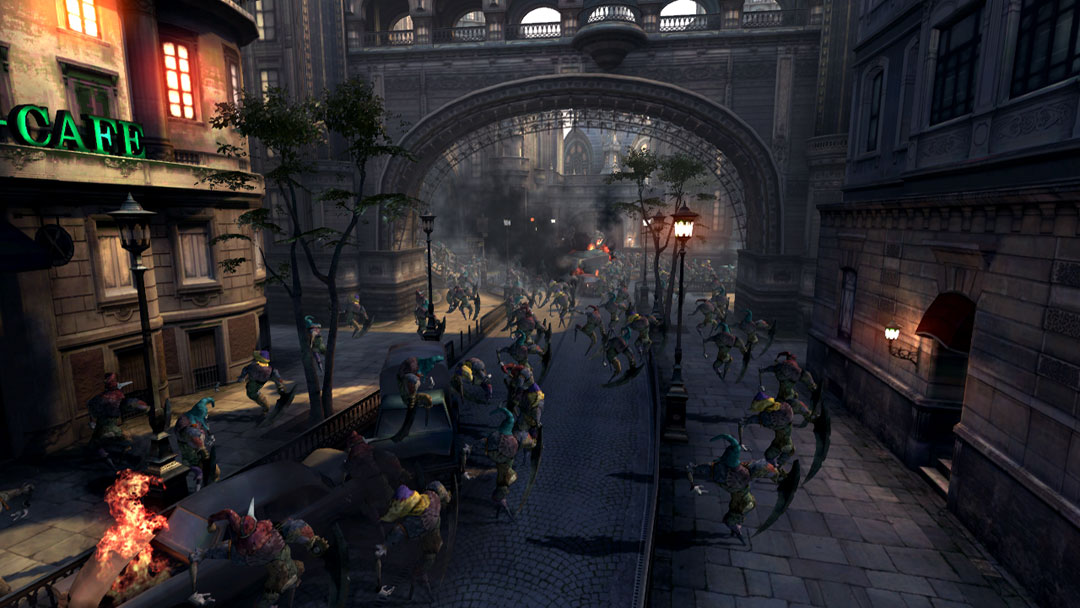 In the Devils section it has some info and images of Berial, who Nero has a little play with here. There’s also some info and screens of the Frosts who weren’t all that bad in DMC but seem to have been given an aggression boost for their appearance in DMC4.

Finally, in the Screenshots section there’s loads of new images (totalling 45) to gaze at, with some great new shots of Fortuna.

Capcom took their time in updating the website but it’s been worth the wait with new images, info and a (very short) video of Dante in action. Bring it on!!!