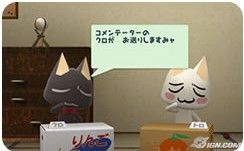 It’s a Japanese game called Mainichi Issyo. It’s a free download on the Japanese
PlayStation Store. You can play this game on your PSP via remote play, you can even access the PS Store in-game to purchase extra content for Mainichi Issyo. The game is about a cat doing whatever you tell it to. No sudden movements really, just menu driven mostly. So it doesn’t matter if there is a lag in the connection. This has great potential, hopefully they’ll be more games that have this feature. 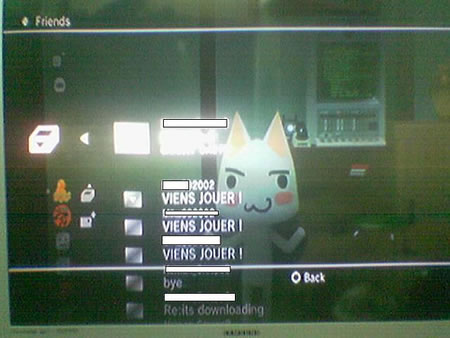 PSPtwo over at the Playstation Forums found something interesting about this game too. In-game messaging works with this title. Not positive if it works with remote play, but I don’t see why not.

In-game messaging already running on PS3..do it by yourself now

Square says no Final Fantasy for the XBox 360