N’Gai Croal reports on this and suggests this is a bad omen for Sony’s failure to be able to attract and keep such innovative content.

I disagree. The Katamari brand and franchise is simply worth much more to Xbox than to PlayStation at this point. In hindsight, it makes sense that in a bidding battle, Microsoft would stake more effort on this one.

Microsoft needs titles like this. Xbox is known for big its mega-hits: Halo 1/2, Call of Duty, and Gears Of War. Those titles have been developing a negative reputation as big, dumb, predictable blockbusters. They need to expand their image. Buying big-name quirky franchises like Katamari and trying to build their own similar franchises like Viva Pinata is exactly what they should be doing. The unit sales and revenue generated by Katamari is much less relevant than it’s effects on image and branding. 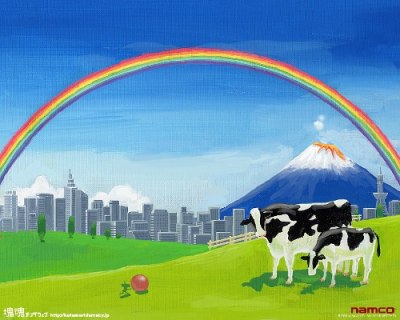 Why does Sony need Katamari? Well, they definitely need to avoid the image of being the sinking ship and being the console of last generation. They are losing many of their big name franchises and that looks pretty bad. But a single title wouldn’t change this perception too much.

And Katamari isn’t the kind of game that needs sequels or remakes. I’m sure they will sell, and from a finance perspective, it makes sense to keep making sequels and grow the franchise and brand while it’s still a hot name. But as a game, it really doesn’t need any sequels. The original developer was actually opinionated about this point. The PS2 sequel was basically the same as the first, and while I’m sure the 360 will have HD, Achievements, etc, the core Katamari experience will probably be similar to the original, and more interesting to new players than existing fans.