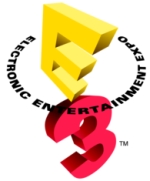 Next week, starting July 10th, is going to be a very interesting time for those of us who own Blu-ray enabled consoles. (Yes, I’m talking about PS3 owners here.) E3 is coming, and Sony is promising us an interesting show. What does next week have in store? Here’s my thoughts on the rumour mongering.

I know that there’s been a lot talk about the new SIXAXIS and possible rumble functionality. Hey, I talked about it yesterday. But the fact remains that we’ve heard nothing at all from Sony beyond vague comments about incorporating rumble somehow into their product lineup. As well, Sony and Immersion kissed and made up only a few short months ago. Can Sony really have something to show already? I’m guessing that if Sony has anything to say on the matter, that they’ll have a pre-announcement. That is, they’re going to say they’re working on it, but won’t give a date for its release. I, for one, miss rumble more than I thought I would. When I heard rumble was gone, I didn’t care. But now that I’m playing the games, I find that I really miss it. I hope it comes back!

Sony have come out and said that they have no plans for a price cut. (See my comments on Darrin’s post.) But the evidence seems overwhelming that a price cut is coming. Best Buy Canada had that flyer. Circuit City had theirs. The news is swirling around town that a price cut is in the offing. To tell the truth, I wouldn’t have believed the rumours if it weren’t for the flyers. It hasn’t even been a year yet and I would have guessed that Sony would only cut prices for the Christmas rush. So I’m of two minds about this, but with all the “evidence” swirling about, I’ll give this rumour a better than 50-50 chance.

Should I even bother with this one? Yes, and I’ll tell you why in a sec. But first, the facts. Sony is having a press event just to cover Killzone 2 on the PS3. So we know it’ll make a strong showing at E3. There are really only two questions left, which is why I’m even mentioning this in the first place.

One – will we have a playable demo at E3? I don’t think so. The game is too far away for a demo, and unless the demo is really top-notch, today’s press will just eat it alive. The press is prowling for reasons to dump on Sony, and a less-than-spectacular demo would be just the ammo they need. Sony doesn’t want to risk it.

Two – how good will it look? I’ll tell you: it’s going to be MotorStorm all over again. Remember the target trailer for MotorStorm? It looked awesome. The game? It was awesome too – but a realistic, this is a PS3 game not a movie, kind of awesome. The same thing will happen with Killzone 2. It’ll look really good. But it won’t be the target render. And if that’s what you’re expecting, you’ll be disappointed.

We all wonder, of course, if the PS3 is going to lose one of its most cherished 3rd-party exclusives. And I’m going to go out on a very thick limb and say that it will indeed. Microsoft is throwing cash around like it’s going out of style. And you gotta know they’ll be buying MGS4 on the 360. Ah well. Not much we can do.

Of course, Sony will also be showing games like Lair, Heavenly Sword, and other upcoming standouts. They’ll probably mention Home and how well it’s doing. My guess is that LittleBigPlanet will not make an appearance. Ratchet and Clank will be there, however, in abundance!

Well, that’s it for this edition of the soapbox. I haven’t covered all the topics, of course, so feel free to add your comments. E3 is coming, and it’ll be fun.

PSN to have E3 Coverage

My Killzone 3 Pre-Order is Going Back February 10, 2011 | Blackstaffer