As Sporty pointed out in the Shoutbox, Sony have released the first in-game image of Killzone for the PS3: 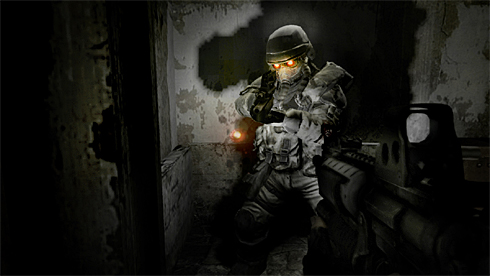 It’s apparently a screenshot of the one level demo that will be showcased at E3 during the press conference that is scheduled for today. It looks pretty good but I want to see it in motion and we won’t have long to wait for that.