Remember at last week’s E3 when Kojima said there’d be more information about MGS4 at “next week’s event in Japan” (or something like that)? We all guessed that maybe he mispoke and was talking about the Tokyo Game Show in September. But no, there is an event this week, and information about some new games is being released.

Like the fact that Polphony Digital has a new website up for their upcoming racing sim GT 5 Prologue. 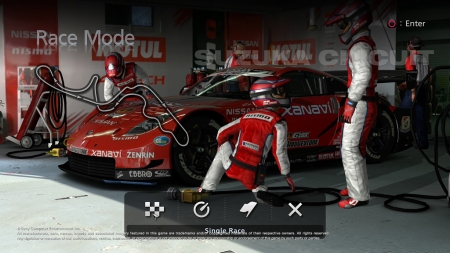 Polyphony has put up a website for the upcoming GT Prologue racing preview. There’s not much there yet, but it does have two videos. One was shown at last week’s E3 conference, but the other one is completely new, as far as I know. And it’s also a lot better than the E3 one, so if you’re a GT fan, you will probably want to check it out. Unfortunately, like these things tend to go, there’s no in-game racing footage, just fancy camera work. But what they do show looks very impressive. They also have some screenshots for you to go ga-ga over.

The game is due in October 2007 in Japan. Hopefully it won’t take too long to come to North America. Can I hope for a splitscreen mode? Anyone?