😀 Oh yes!! Koei have announced that Dynasty Warriors 6 (Shin Sangoku Musou 5) is in development for the PS3. On top of that, it will be in playable form at the Tokyo Game Show this September AND it’s set for a Fall release in Japan!! 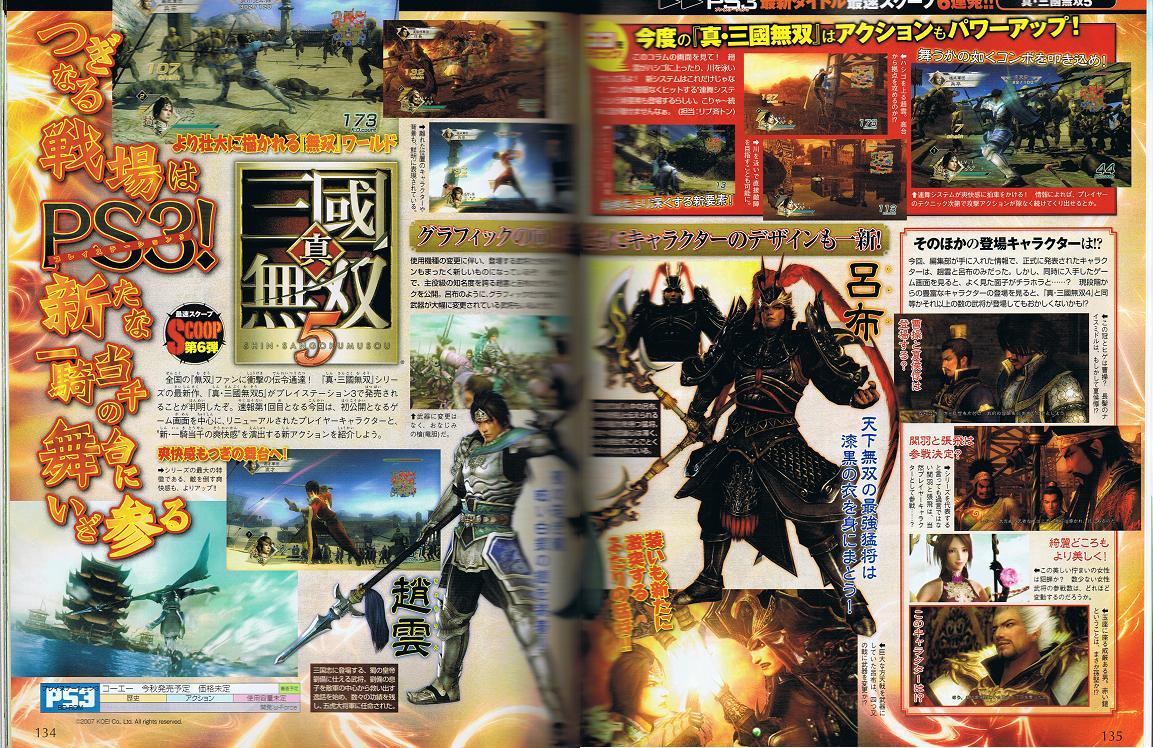 Although I’m a huge DW fan, the series peaked for me at DW3 and DW3 Extreme Legends so I hope they come up with some new gameplay mechanics to go with the (hopefully) graphical boost. I am expecting the use of fogging to hide the poor draw distance to be a thing of the past though.

I don’t just want more enemies on screen. I would like more varied enemy models rather than the same 5 or 6 repeated over and over again like some mass cloning experiment gone wrong. Anyway, here’s a post about what I’d like to see in the new DW games on PS3 that I wrote over 1 year ago.

The only downer to this news is that there’s no way DW6 will be released in the UK this year. 🙁