Thanks to everyone that has contributed to our Folding@Home team! Keep up the great work. The PS3 has been making a huge impact. The donor name PS3 has been #1 on the Donor List for quite a while. Just a FYI, PS3 is the default donor name. If I were you I would change it to your own name. Might as well get credit for your work 🙂 My donor name is xBerserker

Folding@Home has been around since 2000. So it’s going to get harder for our Team Ranking to get higher from this point on. Keep those machines folding, it’s for a good cause.

Besides my PS3 running the Folding@Home software. I have 2 work PCs running it 24/7 for the most part and my intel iMac running it off and on at home. You can download the software here.

I’ve been thinking, it’s nice to be able to leave the PS3 folding for the weekend and not worry about it getting overheated. The PS3 is a quality machine and very dependable. 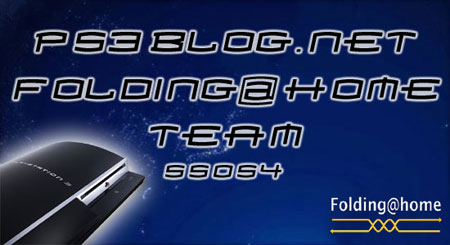 Currently we now stand at 497th. We are even beating Joystiq (517). Here are the top 10 people in our team. I’m amazed how much the top 3 people have folded.

So everyone on the team run the Folding@Home program before you go to sleep tonight and help the struggle against cancer.

Itâ€™s very simple to join our team. Once youâ€™ve launched the Folding@Home program, just press the triangle button to bring up the Options panel, select â€œIdentityâ€, and then select â€œJoin an exiting teamâ€. After that, just enter PS3Blog.netâ€™s team number 55054. And thatâ€™s it, your now part of the team.

For those who are yet unfamiliar with the term, Folding@Home is a project which was started by researchers from Stanford University. The project involves the study of protein folding which has been thought to be the root of diseases such as Alzheimer s Disease, Parkinson s Disease, Huntingtonâ€™s Disease, cystic fibrosis, and some types of cancer. The aim of the project is to help the researchers to build models and simulations of these proteins by lending them some CPU power and a bit of bandwidth. 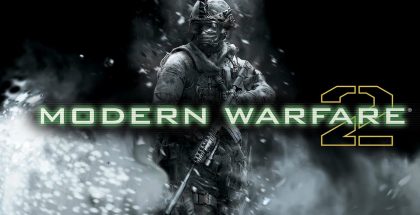