This is basically a twist on the standard action-RPG genre. Think of Diablo or Champions of Norath, but instead of collecting armor and potions and fighting with swords and spells, you fight with “folk” which are basically captured spirits. Along the way, you have to acheive various goals to upgrade your folk and gain new powers. 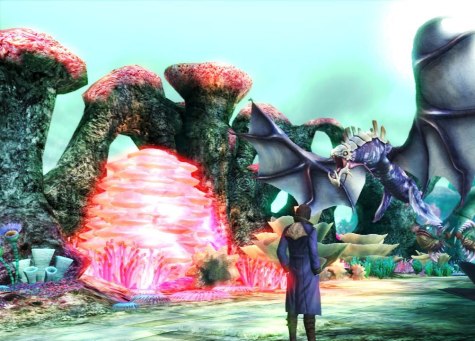 The artwork and animation on this game are truely beautiful. Technically it looks great, but it’s most impressive at a stylistic level. The characters, creatures, and environments are very diverse and evocative.

I don’t know how well this will extend to a full length game. But so far, this looks like a great twist on the standard action RPG formula with some hyper-stylized visuals and atmosphere to go with it. The demo is also a good length; it’s much longer than something like the Heavenly Sword demo, so you actually can really get a chance to see what the game is about.

Action RPG titles are usually too repetitive for my tastes. All games are built around some repetitive element, but for some reason, the repetition in something like Diablo is simply too blunt for me to enjoy. However, sometimes when I’m really stressed out, I want to relax with something like this, and if I do go to pick an action RPG title, it will definitely be this one.