In an interview with gameindustry.biz, Sony’s Jamie MacDonald had this to say: 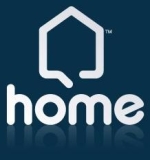 When do you intend to release Home to the public?

[…] It’s already out there in a closed beta and we’re going to an open beta in the next couple of months and then it will be available on the Cross Media Bar soon after. […]

Are you going to have an open beta for everyday PlayStation 3 users?

At the moment the closed beta is employees, trusted third-parties and people like that. An open beta will be a wider audience but it won’t be open to everybody. We haven’t worked out the exact way of doing it but it will be invites to people to ask if they want to be part of it, and then depending on what the response is, we’ll have to have some way of deciding who can and who can’t take part.

This interview was posted on gameindustry.biz today. It’s the middle of September already and the open beta will begin “in the next couple of months”. Plus, they “haven’t worked out the exact way of doing it” yet either. This seems to suggest to me that Home won’t be coming to my home in September, October, or not even November. We’ll have to see…

Nearly A Year After Hackers Forced PSN Offline How Have Your Online Spending Hab... April 2, 2012 | Sakinah