This is a PS3 title currently only out in Japan.

The premise sounds unusual but somewhat interesting. This is basically a graphic novel rather than a game. You read, listen, and watch the story unfold, and occasionally select from a branching point. This isn’t an original concept, most U.S. gamers that I know wouldn’t like this kind of thing, but I’d like to rent it to see if they are any fun. I like some Japanese movies, maybe this would be entertaining as well. 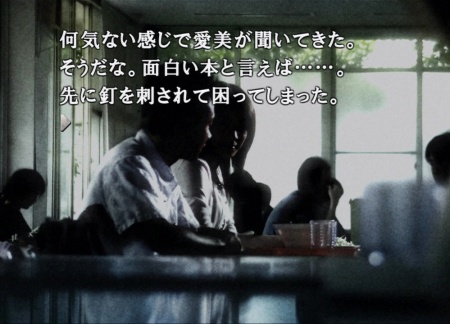 Has anyone else played this or a similar title before? Is anyone planning to import?