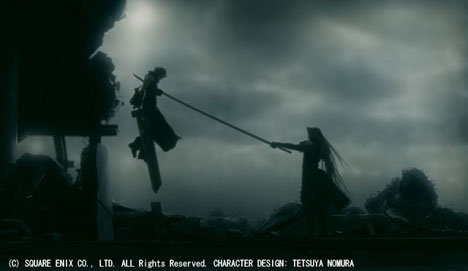 This is a movie that is PERFECT for Blu-ray! Sure it’s already out on DVD, UMD, and a DVD Collector’s Edition. But this is different this is Blu-ray, Full 1080p glory, and it is exclusive as well. It also has an extra scene where Sephiroth stabs Cloud on his sword and lifts him into the air 🙂 And other extra scenes

I can’t wait to watch this again in HD. According to the website below it’s out in Japan on November 30th, 2007. Since Japan and North America are in the same Blu-ray region you can import. But question is will it have English subtitles? I hate the English voice overs they did. And for those that don’t like to import when will this be released in North America? Hopefully before the holidays ….