After Henning’s sceptical post about Logic3’s SoundStation 3 PS3 Speakers, Logic3 got in touch and asked us if we would be interested in testing them out for ourselves.

I volunteered as I have been looking to get new speakers to go with my PS3, since the speakers on my TV are so poor.

Firstly, I’d like to get the boring bit (for me anyway) out of the way; the specs:

That might mean something to you but it just goes straight over my head. The speakers are also pretty light and don’t weigh more than 1.5kg each.

Before I move on to the performance of the speakers, I have to say they look pretty damn cool next to my black HDTV.

They also match the PS3’s piano-black finish, mirror strip and curves, and as you can see from the pictures below, they fit in perfectly with my other AV equipment that take pride of place in my living room.

The left speaker has the equaliser switch where you can choose between Movie, Game and Music. Strangely, out of the 3 settings, I prefer Game for playing games, listening to music and watching movies. Everything sounds clearer. It also has a very cool looking blue light when you turn it on.

The remote is pretty small and you can control the bass, treble and volume, aswell as putting the speakers into standby mode. You can’t change the equaliser settings though, which is a bit of a disappointment.

After taking all of 5 minutes to set up the speakers with my PS3 (remember to change the Audio settings on your PS3 to SCART/AV Multi, instead of HDMI) , I decided to start the test by listening to Robyn’s With Every Heart Beat: 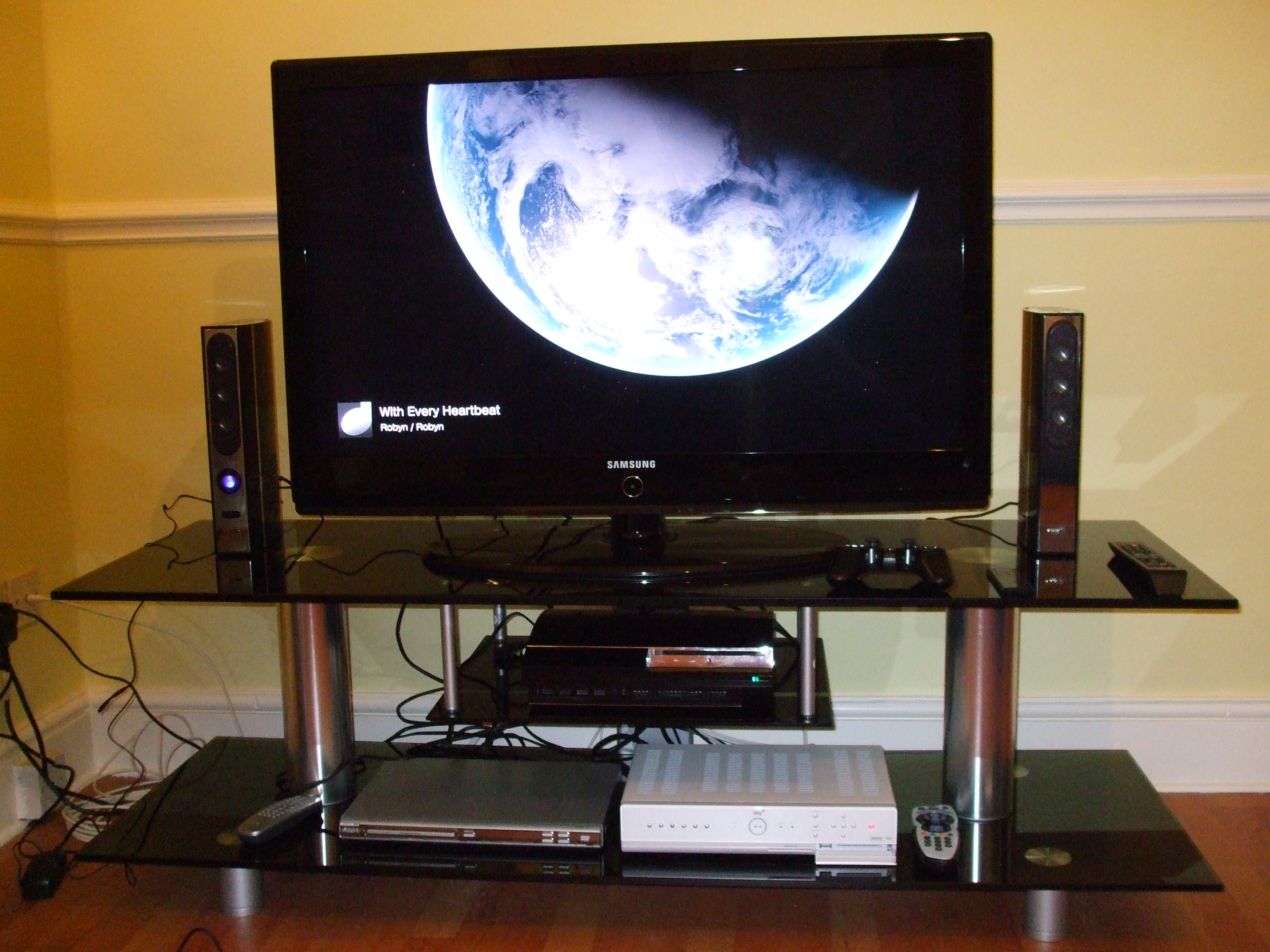 Now, I’m no expert in the field of audio but I immediately noticed a big difference between the speakers built into my HDTV and the sound that came out of the SoundStation3 speakers.

Not really a surprise you may think but considering the Â£70 price tag, I wasn’t expecting much of a difference.

The bass was noticeably impressive, even more so when I listened to Amy Winehouse’s Tears Dry On Their Own

Next up I tried out a couple of Blu-ray discs starting with Planet Earth. David Attenborough’s voice was a lot clearer and more prominent without having to turn the volume up to excessive levels compared to my TV speakers. Casino Royale also benefited greatly from the speakers, especially in the Game setting.

The sound of explosions and gunfire was quite impressive, especially due to the impact that the bass made during the louder scenes.

The volume of the speakers is quite impressive. I didn’t need to turn them up past the half way mark during any of the tests. Compare this to my TV which is usually turned up to 10 out of a possible 100 for when I game and up to 30 when I watch DVD/Blu-rays. Any higher than 40 and the sound distorts.

For general watching the volume of the speakers didn’t need to be turned up to the halfway mark but anywhere past that was just too loud. As a point of reference, you really shouldn’t need to go past that level.

If you live in the middle of nowhere you may want to turn the volume up to it’s highest setting but it was more than loud enough at the halfway mark, even for DVDs and Blu-rays, which normally suffer a massive drop in volume compared to games and music. 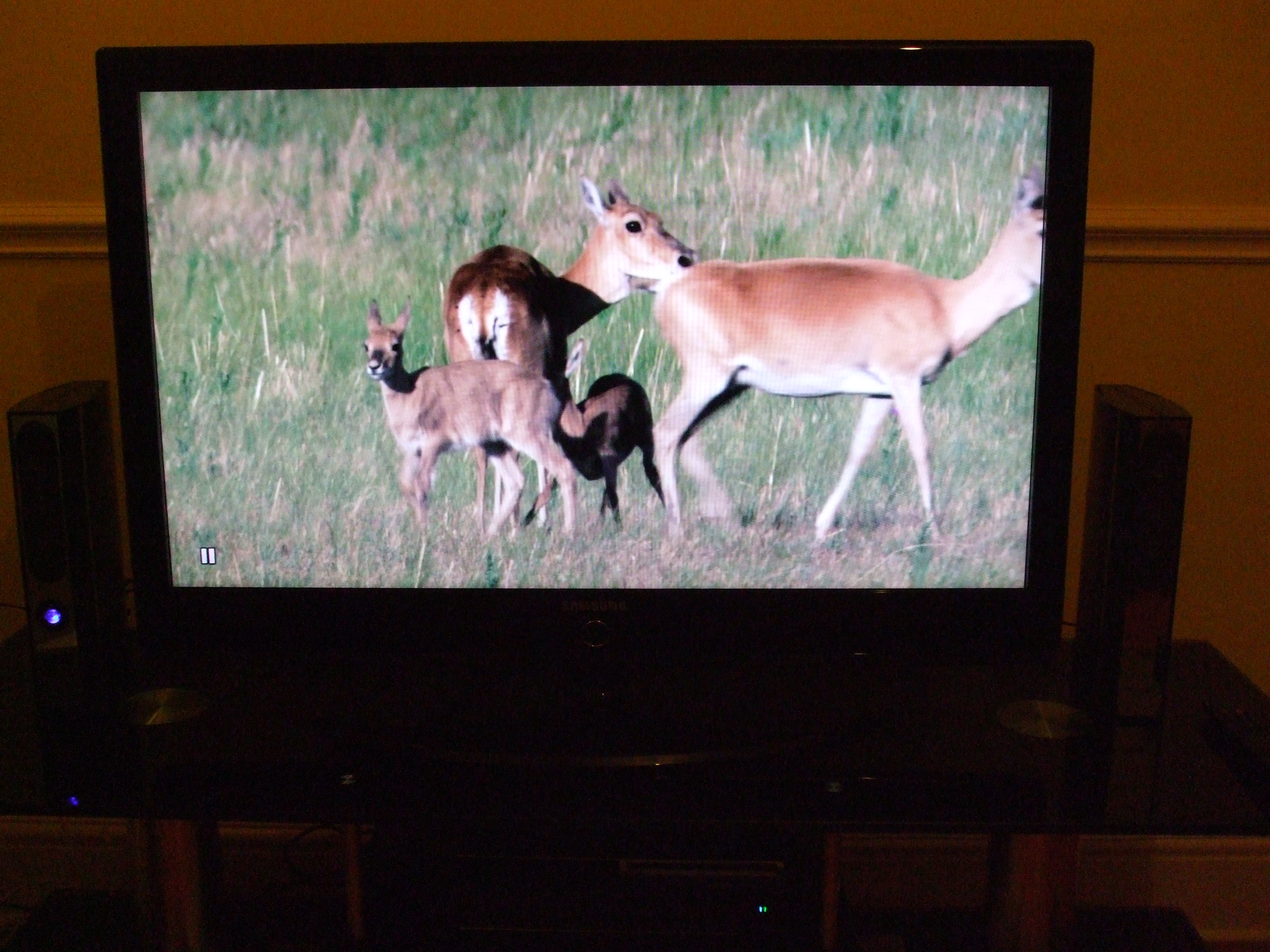 Finally, I got to the best part of the test. Games! I tried out the superb Super Stardust: HD, first without custom soundtracks then with them enabled. I love the music in SS: HD anyway but the speakers really emphasised the bass throughout and the general sound effects came through clearly despite the music.

I then tried the atmospheric All Ghillied Up mission on Call of Duty 4. Superb. The sound of your sniper shots, Capt. MacMillan whispering in your ear guiding you through the Chernobyl wastelands, guards chattering, dogs barking etc, all sounded superb and really added to the level of immersion.

Playing games definitely brings out the best in the speakers which should come as no surprise as they were designed specifically for the PS3.

The atmosphere during the All Ghillied Up mission from Call of Duty 4 was superb: 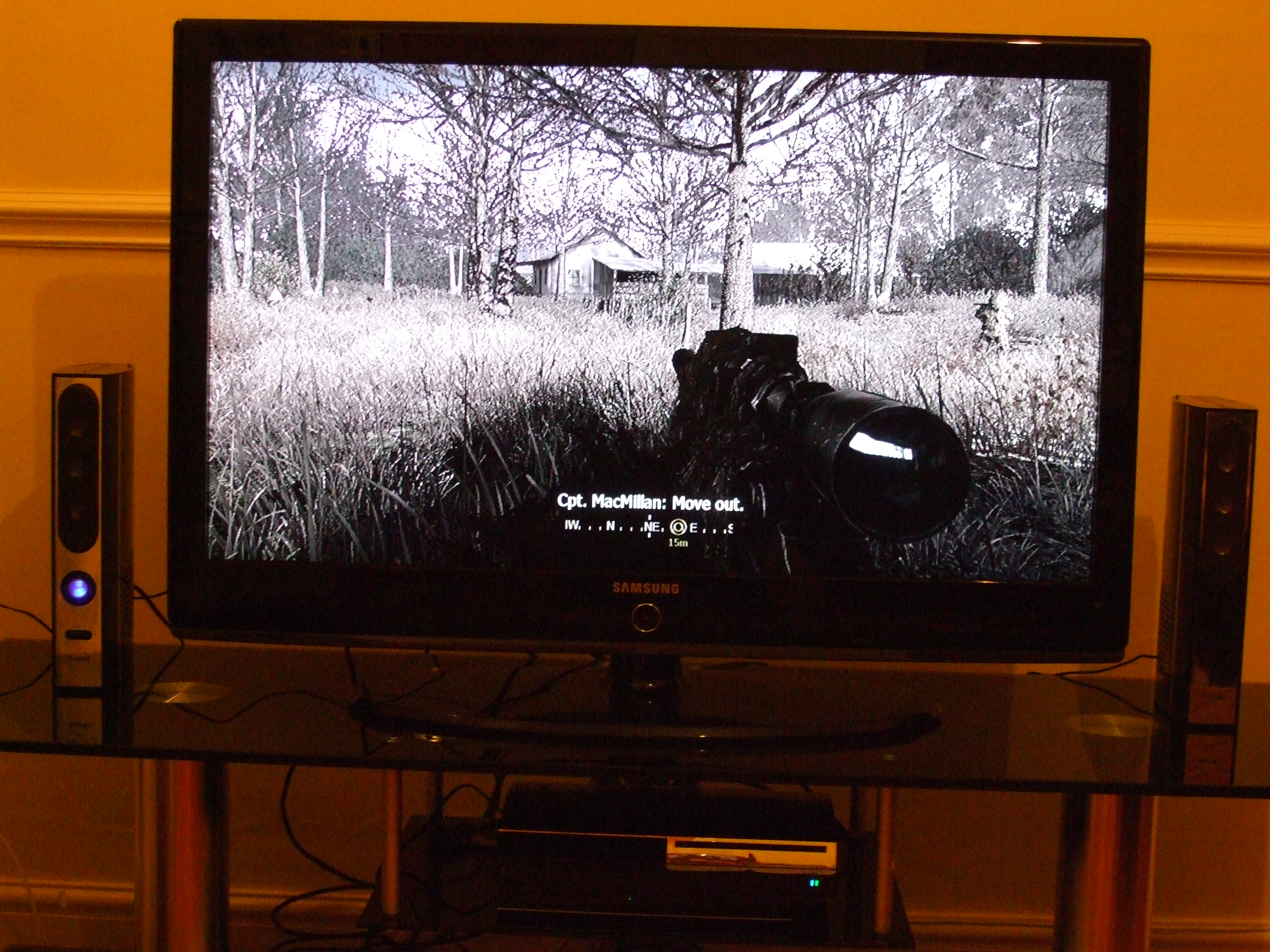 If you can’t afford to pay for the full 5.1 or 7.1 surround sound experience or you simply don’t have the means to fit all 5 speakers in your room, then these Logic3 SoundStation3 PS3 Speakers will do an excellent job.

They don’t compare to the full surround system experience but they are a big step up from my HDTV speakers, which is made all the more impressive by their relatively cheap price.

They look great, they are easy to set up and their overall sound quality for listening to music, watching movies and playing games on your PS3 is great value for the price. I wouldn’t hesitate in recommending or buying these for my PS3. They are definitely worth the asking price and gave great value for it.

This review is based on a retail copy of the PS3 version of Logic3 PS3 SoundStation 3 Speaker System provided by Logic3.