As soon as you open the box for Time Crisis 4 you are greeted with a bunch of directions on the box on how to connect your Guncon 3 to your PS3 and TV. Pretty straight forward. It comes with 2 LED light sources, kind of looks like a watch. You place these on the upper left and right corner of your TV and plug it into your PS3 via USB. 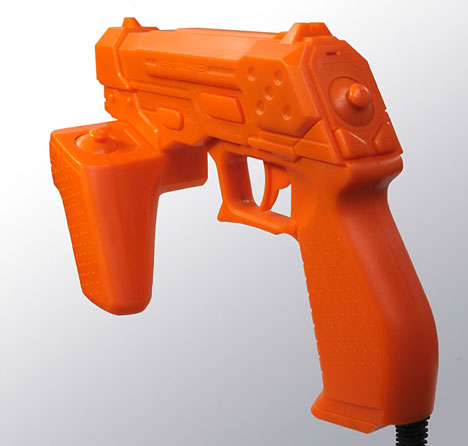 The Guncon 3 itself is comfortable to hold. I wish the buttons on it stood out more, there are 9 buttons in all including the trigger. But you only really need 2 buttons to play the regular game. I was hoping this thing would be wireless, sadly it is not.

When you boot the game up you are presented with a calibration sequence. You can do a simple 2-point calibration, or 5-point if you want to be really accurate. You’ll have to do this each time to start the game up too.

You have 2 ways to play the game.

Story Mode: My personal favorite. You play as Captain William Rush as he investigates what’s going on with the terrorist attacks. Best part of this mode is FPS (first person shooter), you also use all the buttons on the gun pretty much. 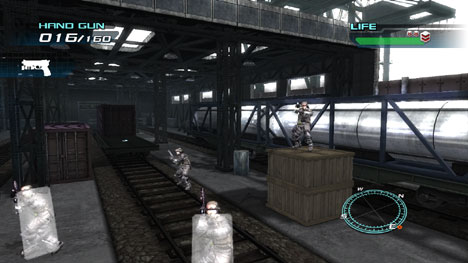 I’ll start with the FPS Story Mode, since that’s what’s so cool about this game. Now it does take some getting used to, because there has never been anything like this before. You use the analog sticks to move and look around but you use the gun to shoot freely. I wish the camera tracked the gunâ€™s movement and not the 2nd analog stick, but not a huge deal. Took me 10 – 20 minutes to really get the hang of it. But once you do, man it’s fun. I recommend turning on the aiming reticule until you really get used to it.

In the Story mode your health will regenerate if you stand still for a few seconds. Makes it very easy to get through the story mode. I never died until some of the later boss battles. There is a lady that helps you through the game and at times it’s insulting as a gamer. For example: I come to a door that’s locked. She mentions to me, it’s locked. Looks like there is a key in this building over here. Then once I get the key, “Looks like it will unlock that door”. Just because this gameplay mechanic is new, doesn’t mean I’ve never played a game before. Let me explore and find it. Just needed to get that off my chest.

You have several guns to pick from in the story mode as well: Hand Gun, Machine Gun, Shotgun, Knife, and Hand Grenade. I wish I had a sniper rifle, because there are some enemies that had one. But you can zoom in a little which is nice. Sometimes you can even shoot mounted machine guns. You can pick up ammo from enemies you’ve killed. At times you switch back to the typical Arcade Mode to continue the story, then after that you are back to FPS goodness. The story ends with the Arcade Mode which was a little disappointing, just because I wanted to finish it in FPS, but that’s just me. But the Story Mode adds a lot to the series. 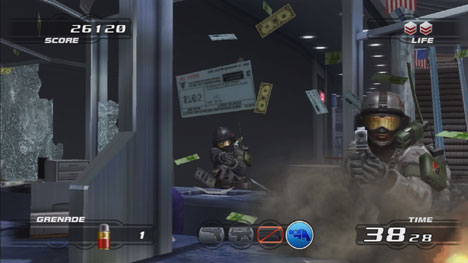 Now the Arcade Mode is pretty much what it has always been from the start, just prettier. It’s still fun though. But it does add a few new things. At one point you are in a cave and it’s mostly dark and you can’t see the enemies so you use a flash light guided by your Guncon to find and shoot the enemies. Nice touch. Then there are 2 or 3 screen battles, this is how it works. Enemies come at you from different directions and to switch to each screen you point the Guncon away from the screen to the left or right and it moves the screen that way. It gives you a warning if enemies get too close on the other screen so you know to switch back. 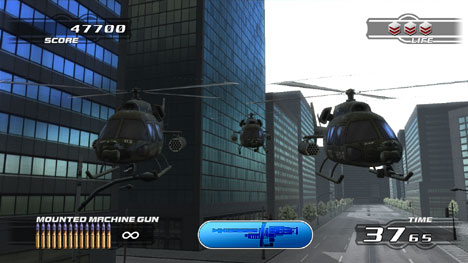 Lastly there are a couple parts where you are in a helicopter shooting a mounted machine gun with unlimited ammo. That was very fun, shooting other helicopters out of the sky and blowing up vehicles on the ground. At one point you have to shoot a truck’s back tires out with a sniper rifle – it’s good challenge.

If you don’t beat the the Arcade Mode on the first try you are granted another continue up to 9 times. But once you beat the game you have unlimited continues. But each time you’ll have to start all over. It’s too bad there isn’t online co-op play, because most people aren’t likely to go out and buy another Guncon 3 controller. I tried my Guncon 2 controller to see if that would work, but sadly it did not.

To really test your shooting skills you can try Crisis Mode and all the mini games. Crisis mode is like the arcade mode but you have to shoot many things within a time limit. Some are very challenging, I like the sniping ones.

Overall Time Crisis 4 delivers the arcade experience to your home well. The FPS mode about doubles the length of the standard arcade mode. The length of the game is fine for arcade shooter. But extending the campaign with downloadable content is more than welcome 😉 The story is corny and goofy, which is typical for these games.

I hope more games come out that support the Guncon 3 🙂

I’d like to thank the guys over at Rocket XL for giving me a copy of Time Crisis 4 to review!

This review is based on a retail copy of the PS3 version of Time Crisis 4 provided by NAMCO Bandai Games. 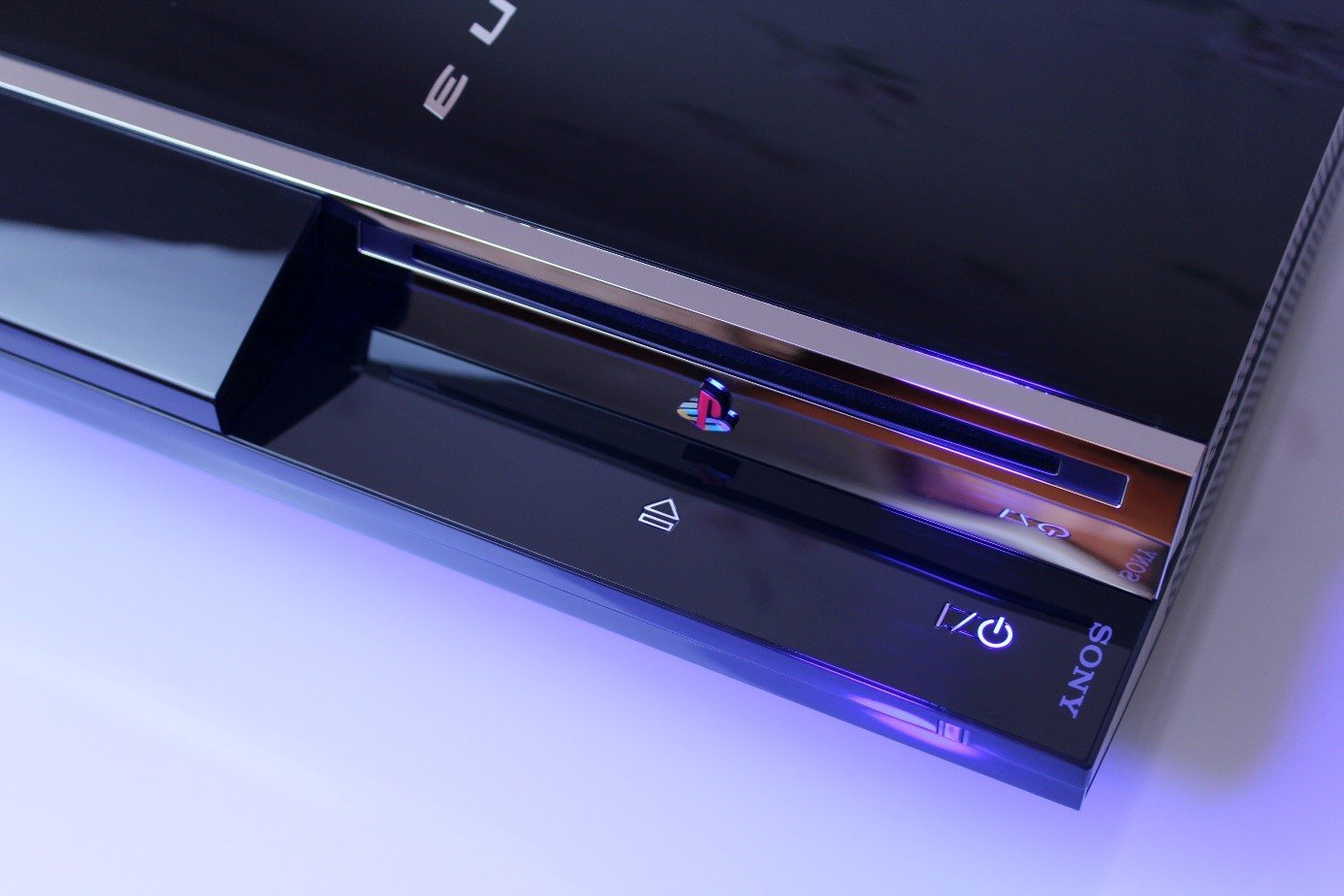