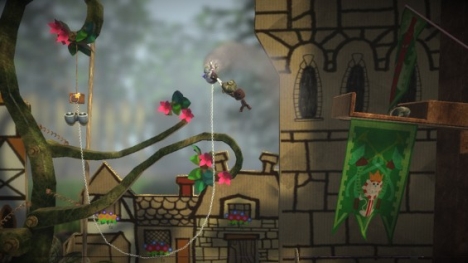 The rumours I’ve been hearing of late push LittleBigPlanet to a late 2008 release. That’s a year after we were originally supposed to get a public demo, so that’s just a really disappointing.

But the game seems to be coming along.

They’ve named the little characters Sackboys and now they can move forward and back, not just side to side. And the currency, Sponge, has been renamed to Fluff in order to allow a wider range of appearance, apparantly.

On the whole, there hasn’t been much new about this game. I wish it would come out sooner rather than later, however.