Where is the PS3 version of DDR?

DDR (Dance Dance Revolution) is a popular game. It’s popular on the arcades and has many popular versions for home consoles. There are several versions for Wii and 360 and lots more for PS2, but why no PS3 version? 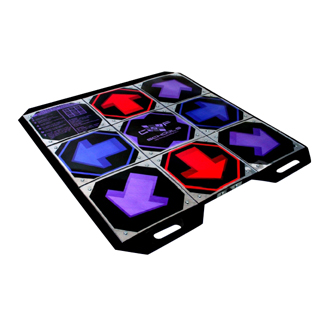 Does anyone have any idea? I can google (ddr ps3) and get dozens of threads of users asking the same question without any real answer. This game isn’t hard to make, there aren’t any technical hurdles, the demand is clearly there… What’s the hold up?