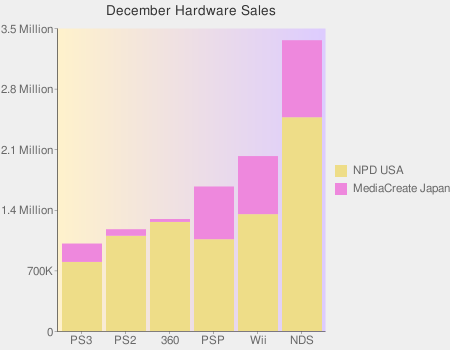 Three points on the data:

– The MediaCreate numbers include four weeks from 12/03 to 12/31.
– The NPD numbers include USA only and do not include Canada.
– I was unable to get reliable Europe numbers.

I suspect once Europe data is included, PS3 would have actually outsold the 360, which is great news! (Hardware only, software is a whole other story)