– Climbing and Jumping: This game has the most realistic, detailed, life-like, and gorgeously animated climbing and jumping mechanics. The actual subtle details of the building geometry are hyper-accurately simulated and the result is a real technical marvel.
– Animation. In addition to the above, all the character movements and even the horse movements are beautifully animated in life-like fashion.
– Beautiful “open world”. There are some truly breathtaking moments when this game shows you beautiful camera sweeps through the lushly detailed environments.

Cons: This Game is a Bore

Most gamers probably wanted to live out their fantasies of being a super hip and hyper-violent killer. You don’t do a lot of that. You do spend a lot of time:

– Holding a button to walk extra slowly and not attract attention
– “Blending” in with groups of slow-walking scholars.
– Doing exciting, action packed missions over and over like “sit on a bench and eavesdrop” and “help out nice civilian”. I’m sure “help old lady cross the street” and “watch paint dry” would come next.
– Politely getting through crowds of peasants with the “gentle push” button. I’m not exaggerating, that’s the actual name of the button. Etiquette is a crucial part of being an assassin. There are some rumored cheat codes to unlock the “properly fold napkin” and “eat your vegetables” buttons.
– Listen to white-haired geezers repeatedly lecture you about breaking all of the stupid assassin’s rules. Assassin’s rules? That’s right, you didn’t join the cool assassin guild like something from a Tarantino movie, you joined the bureaucratic assassin’s guild with lots of red tape and cranky white-hairs and meetings. I’m surprised the game doesn’t make you fill out any assassin’s paperwork.

Oh and guess what happens if you’ve had the patience to drag yourself through the hours of boring crap to one of the actual assassinations? Another long-winded non-skippable dying words soliloquy.

The dialog and voice acting is terrible throughout the whole game. Imagine some pseudo-philosophical garbage on the social benefits of assassins being read by terrible voice actors who thinks they can fake a middle-eastern accent because they just ate a falafel. It’s that bad.

Women in the Gaming Industry

I hate to say it, but this is what happens when you put a business woman in charge of a game. It feels like someone’s grandmother designed this game and put all this etiquette crap and moral garbage in the game and covered everything with doilies and screwed it all up.

UPDATE: If this offended anyone, I apologize. Don’t worry, everyone will forget this by tomorrow anyway. 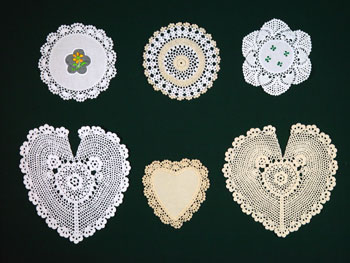 In the real world, I’m polite, humble, non-violent, I let people cut me off in traffic, etc. However, in fantasy, I like to blow off steam and do the stuff that I can’t do in real life such as drive a ferrari and pick up a street hooker or escape a mental asylum and stab someone with a syringe.

This game is a like a cranky slow-paced etiquette lesson in assassin disguise. If that sounds boring to you, I would suggest you look elsewhere for entertainment.