â€œIn December we sold just over a million PlayStation 3s during the month,â€ he told MCV. â€œThatâ€™s across all PAL territories and thatâ€™s a sell-through figure.

Over a million from Europe alone? That’s equal to or above Japan and USA combined! NPD sales for USA were 797.6K and MediaCreate sales for Japan total approximately 212.7K for a USA/Japan total of 1.01 million.

Remember this chart? PS3 would look much better if I could get good Europe numbers to include.

â€œWe donâ€™t often mention the competition, but I will give you some interesting data: In terms of installed base in some of our major markets, such as France, Spain, Germany and Italy â€“ plus some distributor territories in smaller markets like Switzerland â€“ our current cumulative installed base is now higher than Xbox 360.

â€œIt has not yet reached that in the UK. But the team here expect to overtake the installed base of Xbox 360 across all PAL territories in late summer. Itâ€™s also worth mentioning that last week we outsold Xbox 360 in PAL territories by a ratio of three to one.â€

Great news all around!

UPDATE: In negative news, analysts predict that Sony will fall short of their PS3 sales target for fiscal year 2007. Sony previously claimed that they would be able to sell 11 million PS3 units to retailers/dealers during FY’07 (4/1/2007-3/31/2008), however analysts are predicting that they will only reach 8 million.

UPDATE 2: To clarify the 11 million Sony target and 8 million analyst estimate (according to bloomberg): these numbers only include FY’07 sales. They do NOT include PS3 sales before April 1, 2007. These particular numbers are also referring to sales to retailers and dealers, NOT complete sell through to customers.

Nearly A Year After Hackers Forced PSN Offline How Have Your Online Spending Hab... April 2, 2012 | Sakinah 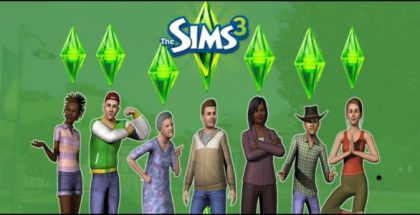