Good news is that the developers are working hard on porting the arcade version to the PS3. Tekken 5 Dark Resurrection Online has given them some good data to work with. They believe it’s possible to have 60fps online battles. Me personally have really been enjoying Tekken 5 DR Online, works great. Sometimes you get a guy with a slow connection, but other than that, it’s great. 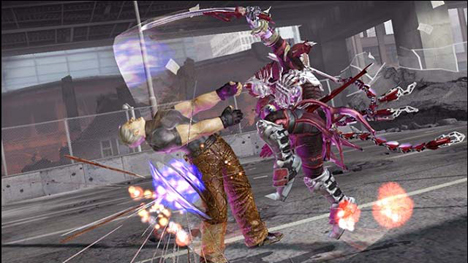 All the characters from previous Tekken games will make it into Tekken 6 due to requests of the fans. Guess nobody likes Gon or Doctor Boskonovitch from Tekken 3 😛 But there was a girl that threatened to kill herself if her favorite character wasn’t included in the next game. So developers keep the character. Not sure which one it is. They have been so dedicated to Tekken 6 that 15 developers have lost their girl friends. I hope they find one after Tekken 6 is complete.

The producer also mention possible downloadable content like new characters and data download. On future, Harada hopes there is a chance to do some crossover with other fighting series, something along the line of â€œTekken vs Virtua Fighter vs CAPCOM vs SNKâ€. Finally, Harada says while fans of respective series may see it as fierce rivalry, the developers behind these fighting games are actually very close together.

That could be very interesting. I’ve never been a Virtua Fighter fan though. I’ve been a fan of Tekken since I saw it in the arcades. I road my bike about 5 miles to the local arcade to just play Tekken 1 once, lol. Been hooked since 🙂

Gary sent me this story. There is a bonus stage at the arcades in Japan with a huge robot called Nancy. Her life bar is much higher than normal, maybe even 10X! She doesn’t block anything you throw at it, but she can attack you will your attacking! Click the image below for a larger view. 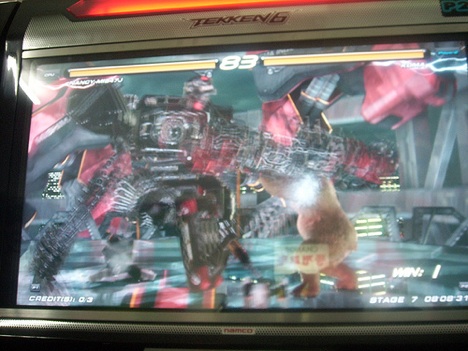 Design your own Warhawk