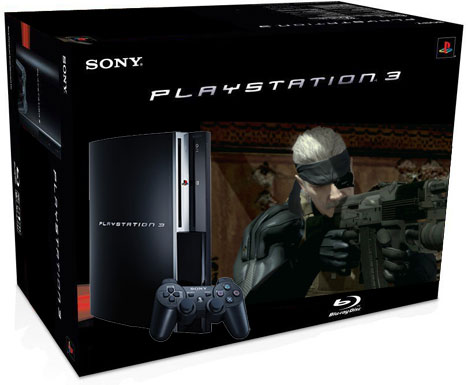 I have a friend attending Destination Playstation. He just sent me a text with some exciting info. MGS4 will be released on June 12, 2008. It will be bundled with a 80GB PS3 with a Dual Shock 3 as well. This will be great for those people that haven’t got a PS3 yet and want to jump in.

Side note for PSP Users:

There will be a Blood Red PSP bundled with God of War in June. Which is odd, because that game is out next week.

As has been announced previously, MGS4 will include a Metal Gear Online â€œStarter Pack.â€ If you canâ€™t wait to try out MGS4, the good news is you donâ€™t have to much longer. Those who pre-order the game will be guaranteed access to a multiplayer beta test for Metal Gear Online scheduled for late April.

DualShock 3 Dated For US

Haze to be Released this May?