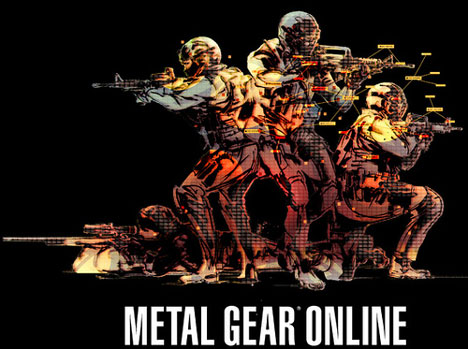 First off this game is not for everyone. You either love it or hate it. Me personally I love it. Big improvement over MGS3 Online. Don’t think this will be your standard FPS, it is not! That’s what makes MGO unique and fun. There is a big learning curve if you’ve never played a metal gear game. But there is a training mode to practice your shooting, CQC(close quarter combat), movement, adjusting the settings to your liking, etc. Which you should do before you jump into a live game, because you’ll get slaughtered quickly if you don’t know what youâ€™re doing.

It still took me some time before I really got used to the controls, and adjusting the settings to my liking. It’s a blast to roll over people in the barrel. But if you roll for to long you will throw up. It works great to hide barrels and boxes. Most of the time people just walk by, but you’ll get people that shoot boxes and barrels just to be sure. The catapult (I call it the man cannon), is so great. You hop on and you can move it to two angles, then just press triangle and off you go flying into the air. I like to rotate the camera in mid air to get a good look at the whole level almost and see if I can spot any enemies while flying. Then you nail the landing on both feet and continue on. You always know when somebody is flying because of the scream they make, lol.

Then there is the magazines with bikini clad ladies. Works the same as usual, but this time you can actually turn the pages and choose which sexy lady you want to “distract” you enemies. I think there is a about 4 pages. The CQC is fun, I finally leveled up my knife skill to lv3 so I can slit throats. So fun to hide around corner and grab a enemy passing by and knock him out or kill him. If you have CQC level 3 you can actually disarm your opponent of his weapons, inject a virus, knock him out, etc. I don’t have this yet, but I’m working on it.

The skill system has 4 slots and 16 skills total. For example you can select a gun type mastery which reduces the recoil and faster reloading or Fast Movement which would be useful for CQC or just getting away from enemy fire. But if you level up a skill to level 2 it will take 2 slots, and level 3 (max) takes 3 slots. Which I wish wasn’t the case. Because if you want to slit throats with a knife. You have to have lv3 knife and lv1 cqc, and that takes up all your slots. Wouldn’t be so bad if you could swap out your skills after you die. But you can’t until the whole round is over.

The SOP system is great addition. Just press triangle near your team mates and you are all linked to the SOP system. Once you die your not connected and you’ll need to connect again. This outlines them with your teams color (red or blue), and it’s still visible threw walls even. You can tell if your teammates are distracted by a magazine, stunned, being killing etc. There is even a skill that allows you to hack into your opponents SOP system and if the guy you hacked into is connected to his team mates you basically know the locations of everybody on there team!

On Monday Konami released another game mode, Sneaking Mission (my favorite), and a map called Midtown Maelstrom. Somebody at random is picked to be Snake, and if there is at least 11 players somebody gets to play as the Metal Gear Mk. II robot. To win Snake must collect 3 dog tags from enemies without dying, which can be very hard sometimes. While this is going on there are two teaming battling it out. For a team to win they have to kill snake up to 5 times (depending on your server settings). If Snake doesn’t collect his 3 dog tags or he doesn’t die five times from a team. Then the team with the most kills win. It’s a blast.

Snake has Octocamo, which takes the color and texture of whatever he’s against if he doesn’t move for a couple seconds. Sometimes he is extremely hard to see, think of it like trying to find predator cloaked during a fire fight. But for the Octocamo to be truly effective you have to keep changing the suit to match your environment. Snake also has another great tool in his arsenal, the Solid Eye vision system. Which allows him to switch between Night Vision and binoculars. Another cool thing is you can even do a hold up with Snake. Just point your gun at a guys back and he’ll say Freeze! 😀

Playing as the Mk. II robot is a blast too. It’s basically invisible in the shadows, in the sunlight it casts a small shadow. The Mk. II only has one weapon & purpose really, to assist Snake in winning. He can deliver shocks to people to knock them out so snake can collect the dog tags.

This game is so fun, I haven’t even been tempted to try out the new CoD4 maps I bought, or anything else really. A easter egg I found, is when your booting up the game and your on the screen with your character. If you rotate the camera for a while, your character with get dizzy and fall down. If you just sit there he hides in a box. Oh Konami what else have you hidden! lol This is exactly why I love the MGS series! I could go on and on about MGO, but I’ll shut up now.

Poll: Did Rockstar Go too Far?