Killzone has a reputation for being the PS3’s flagship franchise. To pick a representative quote from IGN’s recent preview of Killzone 2:

Since that video at 2005’s E3, Guerilla’s Killzone 2 has earned itself â€“ for better and for worse â€“ a reputation as a flagship title for Sony’s PlayStation 3 and the console’s ability to usher in a new generation of fully immersive digital entertainment.

But why is this considered such a flagship franchise? Does it have a reputable developer, were early Killzone titles particularly loved, or does this title hint at to do something really new and exciting? No. None of the above.

The first Killzone had some strong points and it wasn’t terrible, but almost no one would rank that among the top PS2 games. So far, Killzone 2 looks like another me-too entry in the overcrowded shooter genre. It does exactly what all 3D shooters are doing today: amazing graphics and technology, lots of shooting, an elaborate cover system, a variety of internet multiplayer modes, etc. 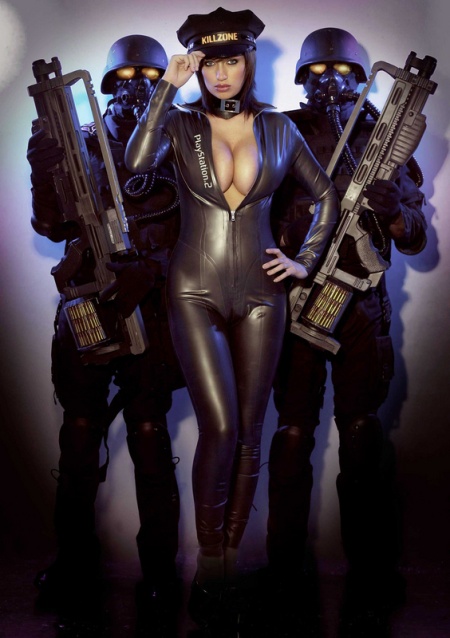 The game does look good, in an amazing-graphics, big-budget, big-event sort of way, and I suspect I’ll buy it, but this is relatively low on my overall anticipation list. In the shooter genre, Resistance 2 seems like it has much better ideas for delivering something new and fun. Specifically, the party-style grouping dynamics sound like a genuine evolution to the genre.

The Killzone teaser video at the 2005 E3 generated tons of controversy. But the controversy and attention seemed to be centered around platform wars politics rather than actual interest in the game.

Psychonauts and the Bitter Older Gamer