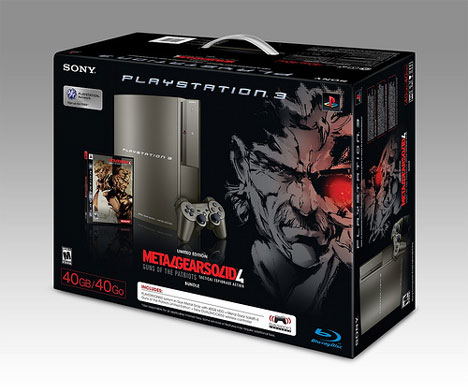 If you want the bundle you can pre-order on Monday May 19th at Konami.com. Details below:

It comes with the Gun Metal Gray PLAYSTATION 3 system with a 40GB hard drive, the bundle also includes a matching DUALSHOCK 3 wireless controller.

So I Bought a Wii