What Do You Want from MGS4?

This is easily one of the most anticipated games of 2008. What do you love (or not love) about this series and what do you want to see in the the new title?

I want to see a grand, deep, and fully immersive experience. Basically, I want the exact opposite of the tech demo like games that we see a lot of today. I want to see a game that is not just some bullet-list-friendly features designed for press previews and PR campaigns and big industry exec speeches. And not just some cool game technology with an art team creating N levels on top of it. And I don’t want to see any mini-games clumsily bolted on to add more “gameplay”. I want a deep and well thought out game experience. 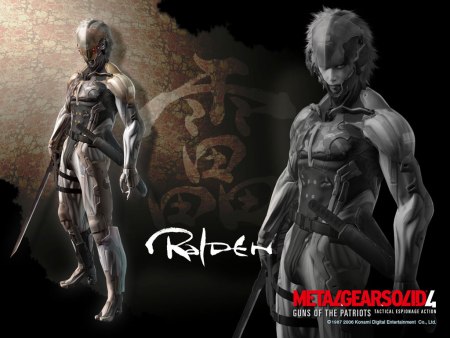 On the downside, I never terribly liked the Metal Gear storyline. Most of the time, it’s a colorful and amusing backdrop for the game, but at times the characters were childish and the dialog can be groan-inducing. I nearly vomited when I played MGS 1 and heard one of the characters launch into a particularly nauseating soliloquy, “Can love blossom on the battlefield?”. What is this, bad teenager poetry?

Sometimes the non-interactive cut scenes are too long and too frequent, but I feel like this game is getting an unfair rap for that (the bogus 90-minute cut scene rumor is a good example). The cut scenes are occasionally annoying, but they are always in addition to, not instead of, copious amounts of highly polished gameplay.

To sum it up, I’m not a huge fan of the story or particularly excited about the stealth action genre, and there isn’t any specific feature set I’m excited about. I just want a deep, complex game that can keep me fully immersed and that consistently surprises me.

What do you guys want or expect out of this title?

Where are the PS3 RPGs?