Yesterday, Guitar Hero World Tour was officially debuted. It will be out in Fall for PS3 and most other major systems.

The first thing running through everyone’s mind is, “Wow, that is exactly what Harmonix did with Rock Band after finishing Guitar Hero 2”. This isn’t even subtle, it’s blatant imitation. OK, Rock Band doesn’t have cymbals on the drum kit, and you can’t compose new songs (not yet, but Harmonix has been publicly planning the same thing for their upcoming titles). But wow, those changes are eerily identical to Rock Band. 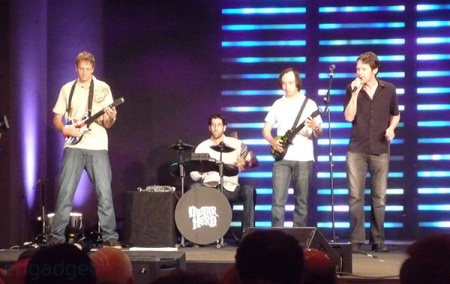 There are many obvious additions and popular feature requests to the genre that haven’t been done by anyone. The music/rhythm genre is still new and uncharted territory compared to something like the 3D shooter genre. This should be pioneer country where developers are breaking new ground rather than focusing on large scale imitation.