Japanese magazine Famitsu says that Afrika, will be centered around photographing animals in their natural habitat. 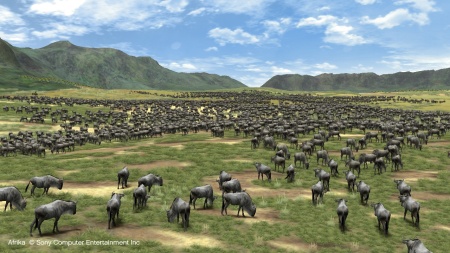 One thing has me puzzled about this title: it’s reportedly completely non-violent. So no hunting, no predator/prey interactions, no territorial disputes, no alpha male contests, and presumably no mating either. So what else do large wild animals do in Africa: nap, graze, and pace about? I still think it will be interesting if they get a good basic sandbox simulation going, but I must say, I’d prefer they add some of the more dramatic elements to this. Maybe for the sequel?

This title is scheduled to hit Japan first on August 28.