So, what was the secret PS3 title that Namco hinted at? Was it a Tales of … title to complement the 360’s Tales of Vesperia and the Wii’s Tales of Symphonia? No, it’s just the PS3 port of Eternal Sonata. Apparently, this has enhancements and more content beyond last year’s 360 version, but I thought that this port was already official. On the bright side, there’s a good chance that Tales of Vesperia will get released on the PS3 after a 360 exclusivity window. 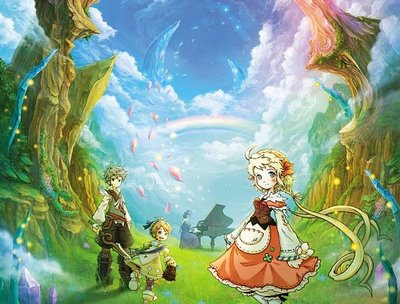 So far, no word on Tekken 6, which is still supposedly a PS3 exclusive and scheduled to ship after the Cell-powered arcade version.

Brighter news from NIS, the developers behind the Disgeaa series (as well as many others). While not at E3, they had this to say:

[NIS America Rep] also mentioned that NIS’ home branch in Japan was interested in using the Wii’s motion capabilities in RPGs in the near future, but mentioned that the Sony family of platforms was still NIS’ main focus.

They also mentioned that they have shifted from PS2 towards PS3 development. They have two titles that they plan to announce in July and October.