Heavy Rain has been gathering lots of positive buzz. It was shown to private audiences under NDA at E3 and it has developed its own aura of mystique. Several influential journalists have said something to the effect of “OMG! It’s awesome but I contractually can’t say anything else about it”.

Quantic Dream is a gutsy artistic developer. Some recent screenshots show absolutely dramatic improvements to the character visuals and animation. Compare the Heavy Rain teaser shots to a screen from their previous game: 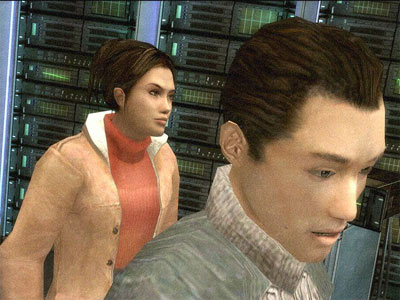 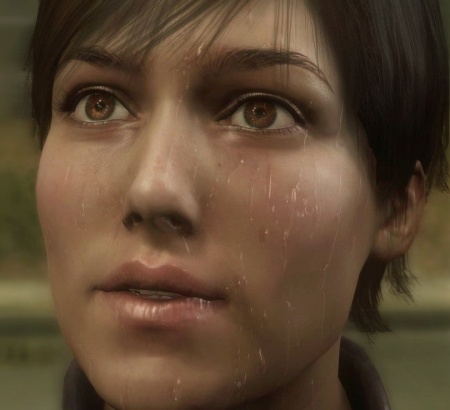 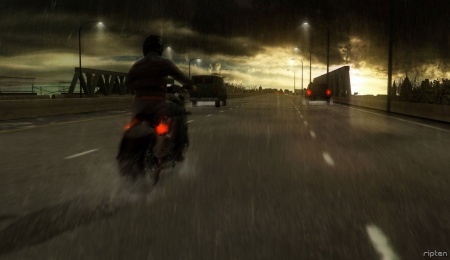 Quite an improvement, isn’t it?

However, there is one big reason for skepticism: Quantic Dream’s most recent and biggest game, Indigo Prophecy (also called Fahrenheit outside the U.S.). This game got a lot of praise for being gutsy and unique which is true, but let’s take a quick sobering look back at this title:

Gameplay: The gameplay is a mix of classic adventure game elements and “quick time events” (the game flashes a symbol on screen and you have to make a corresponding timed move with the controller). The adventure elements are the better part: dialog trees and decision trees with branching plot lines along with pixel-hunting type exploration (find all the hidden items and actions available in every room). Quick time events have a bad reputation, most players don’t like them, and this game makes frequent, constant, and completely annoying use of them. It’s every bit as bad as it sounds.

Story: The story is a blatant rip off of the popular TV series, Twin Peaks. It focuses on a murder that is committed by a regular nice guy who was possessed by a supernatural evil spirit. The story starts with a normal police investigation and then descends into the surreal and the paranormal. Sound familiar? If that isn’t obvious enough, the game’s soundtrack is composed by the same Angelo Badalamenti who is famous for doing the distinctive Twin Peaks music. I love Twin Peaks and the other works of David Lynch, but there’s nothing worse than other works that try to imitate that same brand of surrealism. Quick tip: If you ever attend a film festival and hear “this director is the next David Lynch”, head the other way! And the absolute kiss of death is when you hear something like, “this up and coming director is like a combination of David Lynch and Quentin Tarantino”.

With Heavy Rain, I have no doubt that the graphics, the animation, and the technology in general will improve. But I am skeptical about the story, the gameplay, and the synergy between the two.

So am I being overly negative? Is my skepticism valid? Or is the hushed mystique around this game deserved?