Afrika, the African wildlife photography game has shipped in Japan. A western release is expected (although not confirmed) in 2009. 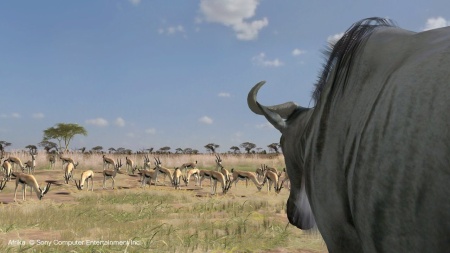 One western gamer has imported the game and written up some early impressions:

I wasn’t really expecting too much from Afrika’s gameplay but have been pleasantly surprised and found it pretty engrossing if not mind blowing. It’s not the technical powerhouse I had hoped for after watching trailers, but it’s got some charm and it’s a great change of pace so I’m looking forward to playing some more.

Not too many exciting details, but this game has always sounded like a great concept, so I look forward to its western release.