This was long overdue. The developers behind Kane & Lynch finally speak up regarding the neagative critical reception to their game:

“…unfortunately the GameSpot review had its own wicked little life and Eidos, GameSpot and of course the game got entangled in what I guess is best described as a conspiracy theory. And if thereâ€™s anything the ‘net loves, itâ€™s a good conspiracy.

It was surreal to sit in Copenhagen and watch the game get shredded in forums for reasons and feelings that didnâ€™t all seem entirely based on the game itself.”

Not “entirely based on the game”? That’s an understatement. Almost all of the attention from the press and the enthusiast community was based on the GameSpot conspiracy and had nothing to do with the actual game behind it.

Games and review scores are subjective. While plenty, including myself, loved Kane & Lynch, I know plenty of people who gave the game a chance and legitimately disliked it for valid reasons. But overall, this isn’t just a difference in opinion. The media and hardcore hive mind was focused on the conspiracy rather than the game and the overall reaction was colored accordingly. 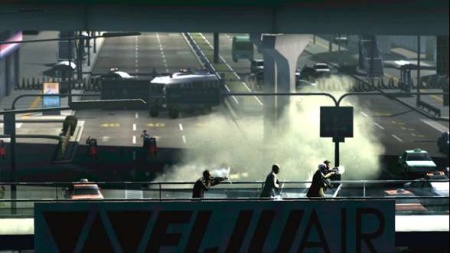 Kane & Lynch isn’t the only game that was drowned out by political drama. Two other good examples are Bully and Manhunt. The media provided months of extensive blow-by-blow coverage of these idiotic court room trials and completely forgot about the actual games behind them.

In the defense of the media, this is how media works. They are encouraged to produce trashy attention grabbing click bait rather than deep, meaningful writing. The political media is notorious for this kind of thing. Bill Clinton’s blow job scandal or George Bush’s vomit incident or gay rights issues get extensive media attention, while more important issues surrounding the economy and foreign policy get ignored. 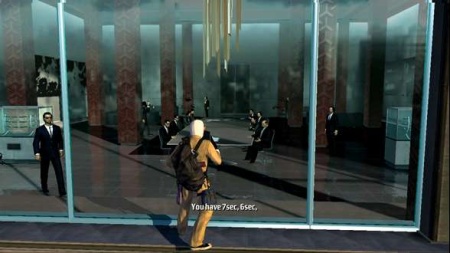 Part of this is just the way the world works: the media and hive mind will be superficial and will get distracted by nonsense like this. But on the other hand, there’s a void for higher quality journalism that cuts through this nonsense. In political media, there is tons of superficial tripe, but if you know where to look, there is plenty of deep thoughtful writing to appeal to almost every perspective. Obviously games are far less important then the issues of governance and society, but the void in quality gaming journalism is real and ripe to be filled.