Skate 2 is being developed with PS3 as the Lead Platform 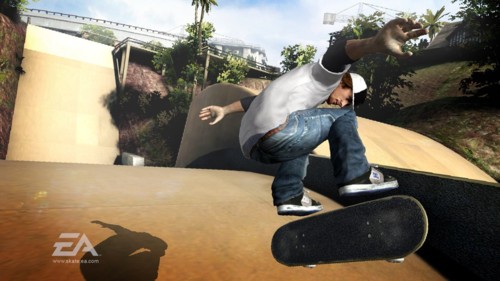 â€œThe PS3 has been our lead platform,â€ DeLong confirmed.

According to DeLong, this was due to â€œthe PS3 version Skate not being as good as the 360 version,â€ adding that it â€œwas something we learned very quickly that we had to remedy on the second one.â€

Despite this, DeLong reckons gamers will be hard pushed to tell the difference.

On the topic of whether thereâ€™ll be any noticeable differences between the two versions, DeLong said â€œnot so much.â€

â€œWeâ€™re definitely been developing [both versions] in parity.

â€œThe goal is that if you put both versions side-by-side, you will not be able to tell the difference.â€

Does anyone still notice deficiencies relative to the Xbox version in recent multi-platform titles? I thought the port quality flaws in games like F.E.A.R and Orange Box (Episode 2 and Portal) were wildly exagerated, however, many people that I trust have pointed out legitimate gripes with some other titles such as Call of Duty 3 (4 is great) and some sports game I can’t recall.

The Bonus Round On Gears of War 2