SOCOM Confrontation: What Makes This Unique? 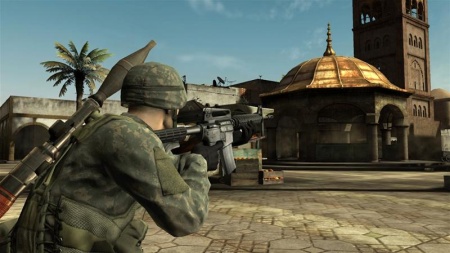 SOCOM Confrontation has just been officially released. I’ve never played a SOCOM title before, but here’s what I know.

Can any fans of the series give this a shot? What makes this series different from the rest? There are several popular military multiplayer shooters already on the PS3 such as COD4, Warhawk, and Resistance. There are also other high quality multiplayer shooters such as MGS:O and UT3 or more similar titles like GRAW 2 that aren’t getting as much attention. What is there about SOCOM to get excited about?

BTW, if you are a little weary of the shooter genre look at the bright side: think of game genres like restaurant genres. If there is only one Chinese restaurant in town, it usually isn’t any good. But when you find a whole bunch of them in one area, they usually inspire each other and compete with each other so that you can find some amazing places. Likewise, the high quantity of 3D shooters all competing together contributes to detailed refinement and excellence within the genre.