Fallout and Oblivion are very different style of games. Personally, as a huge Fallout fan, and an Oblivion hater, I was nervous that I was going to get more Oblivion than Fallout. Oblivion felt like like it came out of a random fantasy RPG generator: the story, stats, towns, and quests all felt completely generic and uninteresting to me.

I previously said that I would rather play a game by the old Fallout team using the Oblvion IP rather than the Oblivion team using the Fallout IP. I was wrong. Bethesda nailed it. They authentically captured all the magic and personality that made Fallout 1 + 2 great, and they evolved the whole experience further. 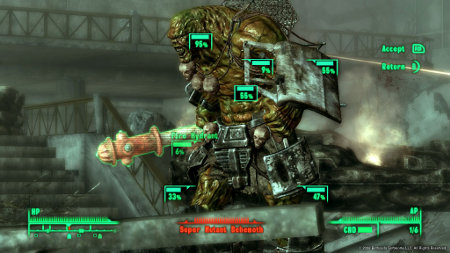 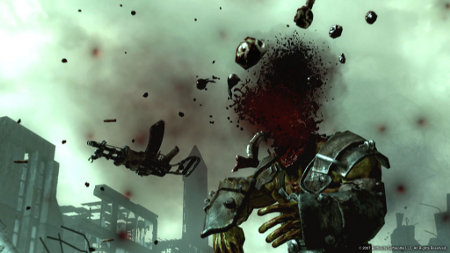 This game has tons of flaws, but ultimately, this is an awesome RPG. I’m not a huge RPG fan, but this is easily the best RPG that I’ve played since the earlier Fallout games. It’s addicting, exciting, and does full justice to the Fallout license.

I got a solid twenty hours of playtime in, but my biggest gripe is that the game ended too quickly. I can’t wait to see Bethesda take this concept further with a bigger, better sequel.

What are your favorite games of 2008?