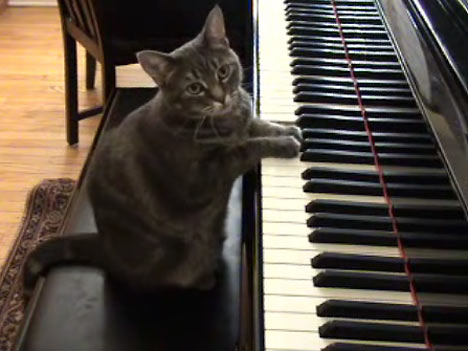 I’d love to get a Rock Band like product that does with piano what the current Rock Band does with drums (but not guitar): Provides a fun game with a simplified toy version of a real instrument that can actually teach the player how to play the real non-toy instrument. The big challenge is that an 88-key piano doesn’t adapt quite as easily to the Rock Band game formula as a drum kit does. However, I’m sure Harmonix or another quality team can figure that out.

By the way, if you are even slightly serious about music, you should also learn basic music theory (triads, timbre, pitch, scales, reading notes, etc). Playing an instrument is the obvious part that people can see and understand right away, but some basic music theory is important in the long run and it’s valuable to learn early on. Many students just want to play instruments and skip over the theory, because it’s less tangible, but that’s usually a mistake in the long run. Regardless, the theory is best learned from a good textbook or a good lecture course. And learning the theory is much, much easier than learning the physical dexterity, coordination, and timing necessary to play an instrument.

There are already many “learn to play piano” products out there. To be honest, they are worthless. They are just like those “learn to speak [some foreign language]” packs that you can buy: they sound great, the box looks awesome, tons of people would love to learn those skills on their own schedule, but ultimately they just don’t work. Almost everyone who buys those things gives up after a few practice sessions. Learning a foreign language or a musical instrument is a tall mountain to climb and those prepackaged kits are simply not very effective nor do they have any fun value to them. 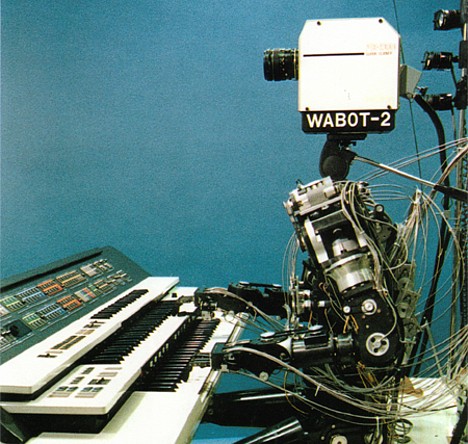 Another good attempt is Synthesia (renamed from Piano Hero due to copyright dispute). In that game, you hook up a MIDI keyboard (piano, not the QWERTY kind) to your PC/Mac and you can play MIDI files in a Guitar Hero like game. While it’s a noble effort for a single developer (I wanted to write exactly the same thing many years ago), it’s just not in the same league as a commercial console game like Rock Band or Guitar Hero or even the older games like Amplitude. It lacks polish, game balancing, bundled tracks, difficulty settings, game progression, online features, multiplayer features, and has really crude graphics. And that quality is still a mile better than most edutainment titles.

Right now, the main ways to learn are through K-12 school lessons or band club, expensive private lessons, or just spending thousands upon thousands of hours of isolated solo practice. There’s a huge market that would leap at the chance for a better alternative. For me, spending $300 on a Rock Band set is nothing next to thousands in private lessons. Games give you positive reinforcement (points, levels, game progression) which is a very helpful motivator. And the online forums and multiplayer features would break up the isolation of solo practice.