SNIKT! My game is going to be awesome bub! 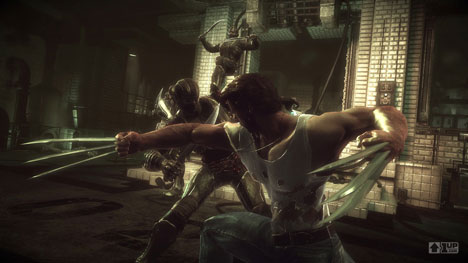 Finally a game that isn’t toned down from the comics. This game should be a true Wolverine game, I hope anyway. It will be a lot more gory, you can slice limbs off, you’ll be covered in blood. You’ll even heal in real time. Since it’s based off the movie, it would be neat to go back to his childhood briefly and control a child wolverine with bone claws 😀 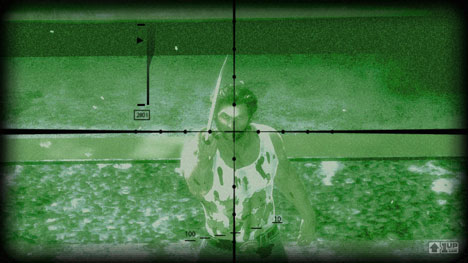 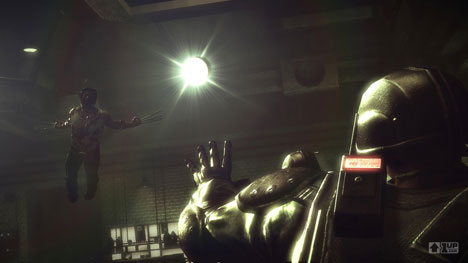 Vondrak explains: “I’ve read reviews of Wolverine games, I’ve played previous X-Men games, and you just hate it when you’re like, ‘This isn’t what it’s supposed to be like to fight this guy. I’m Wolverine. How come I can’t ever just grab a guy and rip him in half?’ Yeah, absolutely — let’s do that. Nothing’s holding us back.” Origins, free from childish comic-book associations, is more in line with the darker corners of Wolverine lore. In the intense introductory cut-scene created by Blur (responsible for eye-popping CG scenes in everything from Tomb Raider: Underworld to Halo Wars), Wolverine brutally dices up a handful of soldiers — and he’s covered in blood by the end. Over the course of combat, Wolverine can turn around enemy shotguns and knives on their owners, lop off limbs and layers of flesh unprotected by armor, and turn unwitting bad guys into a shower of meaty gibs with a spinning claw-drill maneuver. We even watched him decapitate a protesting soldier on the blades of a helicopter. It’s a bit grotesque at first (and certainly surprising), but it makes a whole lot of sense when dealing with such a fundamentally deadly character — especially one in his less-bridled earlier years.

Raven showed us the fruits of their labor — slices of a few different areas and a boss encounter — during a recent trip to their Madison, WI, offices. While they weren’t ready to put the controller in our hands, two things are eminently clear even from watching: Origins looks to stay true to the most appealing aspects of the character, and the polished presentation will surprise anyone clinging to the cynical “movie game” stigma.

So it seems to be coming along nicely. Please don’t disappoint all the Wolverine fans out there, or we will equip our claws and come find you!

X-Men Origins: Wolverine Is Going To Be Awesome

Game Launching, Where Are Thou?

Sony cell phone can connect to the PS3