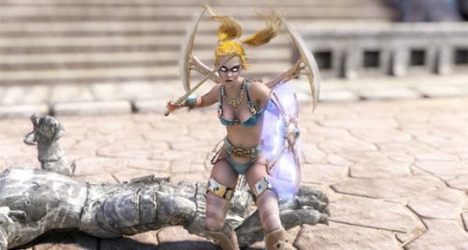 There has been exactly one top-down fantasy action RPG for the PS3: Untold Legends. While it was fun to play (especially the combat), it had its quirks. Now it looks like I’m finally going to have another such game to play on the PS3, and won’t have to stick Champions of Norrath into my PS3 for my RPG fix. The game is called Sacred 2: Fallen Angel, and its coming to the PS3 and 360 pretty soon.

The cool thing about this game is that it has true drop-in/out co-op. Here’s part of the interview:

Co-Optimus: What co-op options do console players have? Will players be able to pair up on one console with other players on Xbox Live/PSN?

Mario: Yes. You will be able to play with up to four players total with up to two per console. Players can join the game by plugging in an additional controller or by joining online games via Xbox Live or PSN.

Neat, huh? I have a couple friends buying PS3’s soon, so I can’t wait to get online with them for some RPG action.