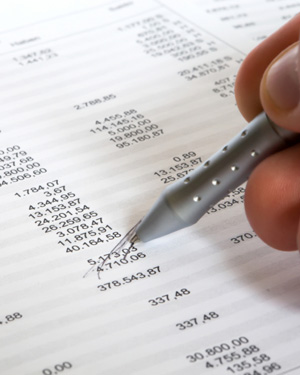 In classical double-booking accounting, on day one:

At this point, there is no recognized revenue yet for the above transaction and this wouldn’t show up under revenue or income statements in a financial report. However, it would affect the cash asset account and cash flow statements.

At the end of each of the twelve months of the subscription term:

These monthly transactions *do* affect revenue and income reports, but do not affect cash holdings or cashflow statements.

In Activision/Blizzard’s quaterly report, their official figures for Q4 2008 were:

You can also see their deferred revenue balance. This is the money for unused portions of MMO subscriptions that’s not yet recognized as revenue.

What they are saying is saying is that if they could treat all the new year-long subscription sales as day-one revenue instead of using the classical deferred revenue accounting (and a few other adjustments that they detail in the full report), they would be able to report much better numbers.

At face value, it’s shocking that the publisher behind World of Warcraft, Call of Duty, and Guitar Hero didn’t turn a profit. Those three products are all selling huge unexpected numbers. One other thing to consider is that they bought the Guitar Hero rights after that was already big, and they got the World of Warcraft product in a merger, so it’s possible that some of the money being made on those products is going to the previous property owners through some kind of royalty deals.