As fleakitten noted in the shoutbox, Vamp & Raiden are coming to MGO! No details on what special abilities Vamp & Raiden will have in MGO. But it’s a welcome addition! Arriving with the Scene DLC is 3 additional maps: Outer Outlet, Hazard House, and Ravaged Riverfront. All 3 maps look great, I know I’ll be picking this up for sure. I’ll keep coming back to MGO. I got hooked back in the original MGO days. 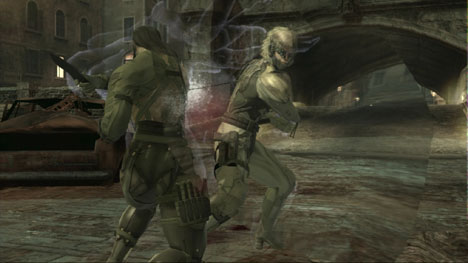 SCENE will also bring two long awaited, much requested, special characters to MGO â€“ Raiden and Vamp, both with impressive special abilities and offensive power to spare! First is Vamp, knife-expert extraordinaire. You may be able to defeat him once, but thatâ€™s no guarantee he wonâ€™t be back for more! Second is Raiden, whose appearance belies his extraordinary skill and agility in combat. They are formidable opponents, or one of them can be a great ally to have on your team. Yes, you will indeed be able to have a multiplayer battle between Raiden and Vamp, which is a fun as it looks! More specifics about their abilities will be revealed soon! 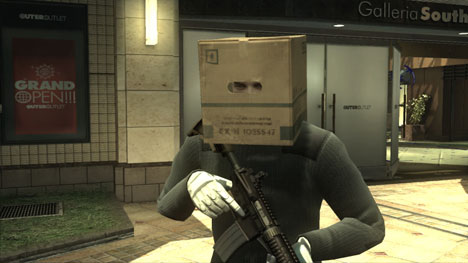 For those players that want to get a head start on the action and pre-order SCENE through Metal Gear Onlineâ€™s in-game shop or Konamiâ€™s shop, thereâ€™s a special gift in store. Once the pre-order period starts, one week before the release date, all players who pre-order SCENE will receive a special â€œcardboard manâ€ head gear for free. It should definitely provide ample cover for any bad hair day.

You can purchase the Scene Expansion using your PayPal account or your PlayStation Network Wallet! Is this a sign that integration with PSN is coming? I hope so.

BTW fleakitten mind if I add you to my PSN buddy list? I’m always looking for more MGO players.