Finally, I’ve been waiting for this a long time. I refused to import the Japanese version do to it not having English subs. Which I guess was to prevent importing and it worked … I didn’t care about missing the FFXIII demo, I’m more interested in FFXIII Versus anyway.

Anyway it’s out June 7th, and it will offer English and Japanese Dolby TrueHD 5.1 soundtracks with the option of English Subtitles. 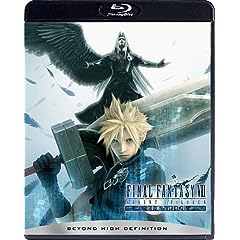 Extras for this release include: