PS3 owners, are you still looking for a good rpg? Still waiting on Square Enix to decide whether or not to release The Last Remnant for the PS3? If so, then you’re in luck! There’s an rpg gem out there that may have slipped under your radar and it’s a PS3 exclusive. The rpg I speak of is Demon’s Souls, a collaboration between Sony and From Software. 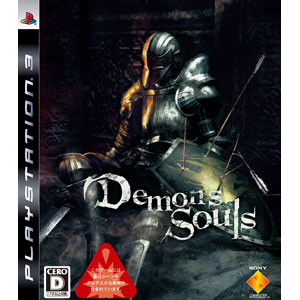 Demon’s Souls can be described as a dark, open-ended , action rpg. Since it’s initial Japanese release in the land of the rising sun in February, Demon’s Souls has been getting some good reviews and selling out.

Eurogamer reviewer Keza MacDonald wrote “It’s stoic, uncompromising, difficult to get to know, but also deep, intriguingly disturbed and perversely rewarding. You can learn to love Demon’s Souls like few other games in the world. But only if you’re prepared to give yourself over to it.”, scoring the game 9/10.

Famitsu reviewer Paint Yamamoto, rated the game 9: “This is a game you learn how to play by losing — you’ll face sudden death frequently. But! Keep playing… and you’ll realize how deep it really is. If you’re looking to experience rich RPG elements, by all means play Demon’s Souls!!.”

However Famitsu “casual” reviewer Maria Kichiji rated the game 6 “It’s super-difficult… ‘Souls’ are needed for everything from shopping to power ups, and the entire game is unforgiving. Even worse, there are almost no hints. Demon’s Souls is far too stoic… it’s not a game for everybody.”

While the game hasn’t been released outside of Asia ( better announce a US release @ E3 Sony ! ) there are 3 versions of the game. The Japanese version is in complete Japanese but the Asian versions, either the Hong Kong or Korean ones, support full english text and audio.

On to the game.

You can create your own character with the deep customization system. It’s probably just me but I’ve been waiting for the opportunity to created a character with complete black eyes and bright pupils! You can choose between 10 different classes;

Knight: strong and heavy armored.
Priest: Warriors of the priesthood, and use miracles.
Thief: Work under the cover of darkness, sneaking up behind enemies.
Magician: Masters of magic, poor physical offensive and defensive skills.
Temple Knight: Strong warriors that also use defensive miracles to their advantage.
Soldier: Skilled in combat, able to handle many types of weapons.
Wanderer: Low armored but fast and agile, skilled with swords.
Barbarian: Uncivilized people not wearing any armor, physically strong.
Royal: Aristocrats users of offensive magic, starts with valuable magic rings and rapier.
Hunter: Specialized in outdoor activities, skilled with bows, light on armor.

No matter who you create all classes can use/learn magic and miracles. Unfortunately in order to use it you’ll need a catalyst ( magic stick ) or talisman to cast the respective spells. Also how you advance through the game can change the World Tendency of the current area you’re in. The individual areas can turn completley black or glow white. What’s the center statue for..?

For example, if you die repeatedly in the same area in human form, that area will gradually turn black unleashing new enemies called ‘Black Phantoms’ . These enemies are stronger forms of the regular enemies of the stage. These types of World Tendency changes can affect the strength of your weapons and adversaries. While that may sound horrid ( believe me, it is ) some areas require a tendency change in order to access closed areas which may hide goodies in the form of souls, new armor and weapons.

The souls you aquire from enemies and bosses have to be used for everything. From buying more supplies to increasing your player’s attributes. So expect to spend a lot of time farming souls.

The most fun part about Demon’s Souls is the online. Other players who are either 10 levels above or below you can invade your game and fight you. They’re called Black Phantoms. I’ve beaten quite a few. Mostly Japanese players. Winning pvp is so satisfying. You can also summon up to 2 other players into your game to help you complete the level and defeat the bosses.

Speaking of bosses, they are some of the most challenging I’ve seen since Onimusha 1 and Devil May Cry 1.

This guy’s a pain!

While The graphics aren’t on the level of Kill Zone 2 or FFXIII , the game play and replay value makes up for it. They just don’t make games like this anymore I tell you!

Aliens vs Predator 3 – Honoring the classics