Two years ago at Sony’s E3 conference, it was announced that Sony had secured an exclusive deal with the Korean MMO developer NCSoft to create games for the PS3. NCSoft is known for games such as Lineage and the soon to be released Aion.

While Aion was never confirmed as one of the games being developed for the PS3, I wish it was. The game looks gorgeous and instead of investing money into upgrading my PC to play it I’d rather play it on my PS3. 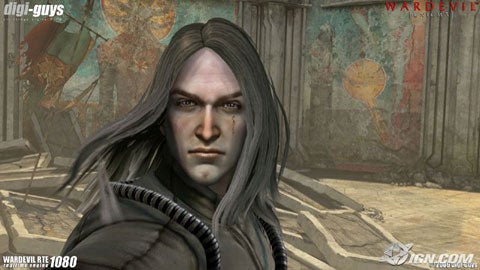 This game was announced waaay back at the TGS ’05 with a tech demo shown at E3 ’06. It was originally announced for both the PS3 and 360 butÂ the 360 version was canceled.Â Â Since then there has been little to no news, footage, or even a hint at this game releasing anytime this century . In Â December ’08 it was revealed that WarDevil: Chronicles ( a 2D animation film? ) will be a companion piece to the WarDevil game project.

As an on-and-off Lineage 2 player, I would love to see something like Aion available for the PS3.I hope we’ll hear something soon from NCSoft.Â  As for Wardevil, maybe Digi-GuysÂ isÂ Â pushing for a PS4 release.

Lemmings to get a Trophy Patch

Wand is “two generations” ahead?