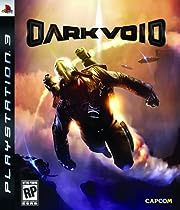 Sorry for not having this up the past couple weeks. Been rather constricted with time. In case you may have missed last wee’s releases, Army of Two: the 40th Day and Vancouver 2010 came out in the states and Dark Void hit shelves in Europe on the 15th (Ao2 has actually been released in all areas but Japan last week). This week, the only new releases are Dark Void in the US and in Australia…

PSP seems to be just about as active as the PS3 this week, with games (well, one each) coming out in the US and Japan. Silent Hill: Shattered Memories is to be released tomorrow over here, and Valkyria Chronicles 2 will be released in Japan on the handheld.