Between the months of October and December 2009 Sony has reported they’ve sold 6.5 million PS3s.Â  The increase in hardware and software salesÂ has made SonyÂ profitable for the first quarter in more than a year. Even though the PS3 saw a sales boost Sony’s other gaming systems saw a sales decline. The PS2 sold 2.1 million units ( down .4 million )Â and the PSP sold 4.2 million ( down nearly a million ) Â during the same period. 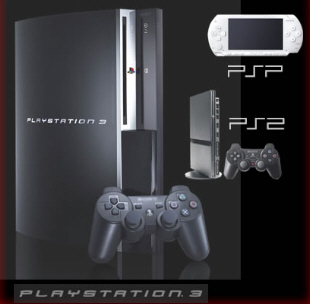 Sony: “despite a decrease in PS2 hardware and software unit sales, as well as PSP hardware unit sales, profitability was relatively unchanged mainly due to an improvement in the cost of PS3 hardware”.

The PS3 SLIM’s introduction at a more affordable price tag and Sony’sÂ restructuring plan helped moved the company back into black and closer to the 360 sales.Â Right now MicrosoftÂ has aÂ 5 million unit lead over Sony in worldwide sales with Â 38.7 million units, while Sony has soldÂ 33.5 million. Sony managed to sell 2.3 million more units than Microsoft’s Xbox 360 as of April 1st-December 31st 2009.Â  Neither system came anywhere near the Nintendo Wii’s 17 million units sold for the 3rd Quarter 2009, but the Wii is in a category of it’s own.

If Sony can keep up this pace it’s only a matter of time before the PS3 overtakes the 360.

Qore Subscribers to Get God of War III Demo