Shinji Mikami, the creator of the Resident Evil series, takes a stepÂ away from the horror genre and embrasses the ( highly cluttered ) third person shooter field.Â  Described as being a sci-fi shooter of epic proportions with a fast, fluid and frenetic combat system, and an engaging and immersive storyline,Â Mikami hopes toÂ seperate Vanquish from the rest of the pack.

â€œVanquish is a game where weâ€™ve tried to inject the extreme pace of an action game into a shooter. The gameplay and staging are all put together around the keyword â€˜intensityâ€™. I think itâ€™s very rare to come across a game where shooting loads of robots is so much fun,â€ said Shinji Mikami.

While Vanquish is set for releaseÂ this winter for the PS3 and Xbox 360 Platinum Games promises the development team won’t repeat the same mistakes they did with Bayonetta and are making the PS3 the lead platform. Of course, the same was said for the recent Ghostbusters game and we all know how that turned out.

Unlike other shooters this gen, Vanquish will offer no multiplayer.

If you’re a shooter fan you’ll have alot to look forward to this year. 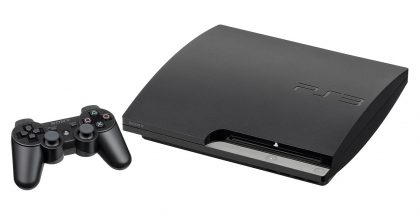