[tab:News]The indie game, Joe Danger, has been confirmed to be coming exclusively to the PlayStation Network this spring. What is Joe Danger? Think Excite Bike and LittleBigPlanet had a love child. Basically, you go down the track perfomring all sorts of stunts, and collecting objects for points and everything, with the ability to create your own stunt tracks as well. Managing Director of Hello Games, the developers of the title (4 members strong), had this to say about working with Sony:

Weâ€™re giddy with anticipation to be coming to PS3, itâ€™s frankly the most exciting day in Hello Games history so far. Weâ€™re a tiny team of four, trying to make a really big game, with some huge features like user generated content. Weâ€™re the developer, the publisher and marketing team for Joe Danger. At best we know how to do one of those, and even thatâ€™s arguable, itâ€™s a rollercoaster ride.

To help with the funding, Hello Games has taken part in Sony’s PlayStation Network Publishing Fund:

The title has already had three nominations from the IGF (Independent Games Festival). Should be pretty cool when it comes out in a couple months or so.
[tab:Press Release]HELLO GAMES ANNOUNCES JOE DANGER COMING TO PLAYSTATIONÂ®NETWORK EXCLUSIVELY

Speaking earlier today Sean Murray, Managing Director said; â€œWeâ€™re giddy with anticipation to be coming to PS3, itâ€™s frankly the most exciting day in Hello Games history so far. Weâ€™re a tiny team of four, trying to make a really big game, with some huge features like user generated content. Weâ€™re the developer, the publisher and marketing team for Joe Danger. At best we know how to do one of those, and even thatâ€™s arguable, itâ€™s a rollercoaster ride.â€

Hello Games also announced that the critically acclaimed Joe Danger will be part of Sony Computer Entertainment Americaâ€™s (SCEA) PlayStation Network Publishing Fund. The â€œPub Fundâ€ helps foster the development and distribution of new and exciting games from independent developers by offsetting development and publishing costs that have proven to be barriers for many smaller, independent studios.

Sean added â€œ2010 has already been amazing for Joe Danger, starting with three nominations for the IGF, and having had such an awesome response to our first trailer. When SCEA approached us, we knew the fit was a good one. It allows us to focus on doing what we enjoy most, making a great game.â€

Hello Games recently released the first dazzling video of Joe Danger, which can be viewed here and they will be demonstrating Joe Danger to the world at GDC next week.

For more information about Hello Games and Joe Danger, please visit http://www.joe-danger.com, or follow them on twitter.

ABOUT JOE DANGER
Joe Danger recreates that childish joy of the first time you took a toy motorbike, doused it in lighter fluid, lit it, and launched it at high speed over your carefully constructed ramp out a second story window. In this fast, fun and frantic title players will wear the cape of down-and-out daredevil Joe Danger. From humble but dangerous beginnings old-school Stunt hero Joe, publicly humiliated by the reckless Team Nasty at the start of the game, competes to regain his reputation as the Master of Disaster.

Race against your rivals, out-thrill your friends and defy death to defeat the dastardly Team Nasty. Across over 50 eye-poppingly gorgeous and eye-wateringly dangerous levels take Joe on the ride of his life and go from zero to hero.

Easy to pick up and hard to put down Joe Danger gives arcade classics a nitro boost up the exhaust pipe, and puts the Evil in Evel Knievel. Get ready for a burst of sugar-rush excitement for todayâ€™s jaded gamers.

Play, Create and Share! Freeze the game at any point to enter edit-mode and change your world any way you want. Put a ramp down just before you land or place a ring of fire just before you go through it. Create the most ridiculous stunts you can think of, then use them to smash some World Records! Share your creations with all your friends and torment them with your devious creations.
Physics with Cartoon Timing! â€œJoe Dangerâ€ Uses advanced cartoon physics to create a world ripe with slapstick humor. Laugh in the face of Danger, but it laughs back when you crash, as you bounce from boulder to boulder, on fire, towards a pile of giant mousetraps. Flung from your bike at high speed, make a last ditch attempt to please the crowd, by pulling poses mid-air and nudging yourself into the directly into path of Danger.
Battle your Friends! Take on your friends to compete in outrageous Split Screen face-offs. Tricks earn boost which gives playerâ€™s the ability to gain ridiculous speeds and pull even bigger tricks. Master your motorbike, then take on the World with your high-scoring Combos.

ABOUT HELLO GAMES
Hello Games was founded by a band of four friends who had climbed their way to the top of the pile at great developers like Criterion, Sumo, Kuju, EA and Climax. They have decided to set forth on a brave journey of discovery and adventure to bring some new, funky coloured pixels to the world.
They have loved every minute of helping to create great games like Burnout, Geometry Wars Galaxies, Sega Superstars Tennis, MotoGP and Black â€“ but itâ€™s come time for them to forge their own path. They must unleash the charm and creativity that has been stopping them from sleeping at night. Joe Danger is their first title, a triple A game developed by the talented team of four.
[tab:END] 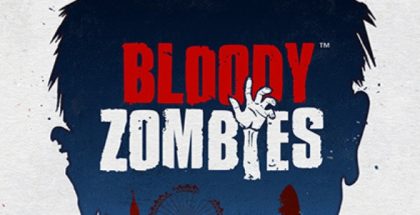