Did Sony Really Need the Sub-Controller?

Did Sony really need the Sub-Controller?

After much speculation about its name, Move was revealed in GDC2010. Sony’s take on the “waggle gaming” which also caters to the hardcore gamers will be a welcome alternative to existing control schemes. Move controller’s high precision and depth tracking allows 1:1 reproduction of controller position and orientation in the virtual space, which can accommodate very interesting applications.

Sony’s primary move controller is as simple as it can get, with few buttons which emphasize motion based game control rather than button-mashing action. But there are some things that you cannot do with so few buttons in hardcore games, and moving in vast virtual spaces requires extra input. Enter the sub-controller, with an analogue stick and two extra “shoulder” buttons.

The simple Photoshop mock-up of course doesn’t do the concept any justice. I’m sure the designers and engineers at Sony could come up with an elegant and comfortable design for the analogue stick. I believe Sony has missed a great opportunity with the Move controller, rather than the Wii-too approach that is now plastered on top of it, it would have created a great new way to play our hardcore games, had it decided to use an analogue controller on the motion controller.

No 3D love for PSP

Just Cause 2 easter egg: the Hatch from Lost 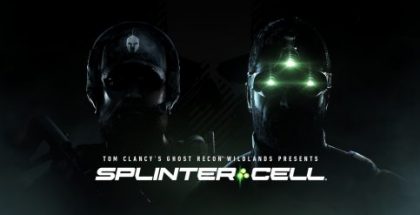