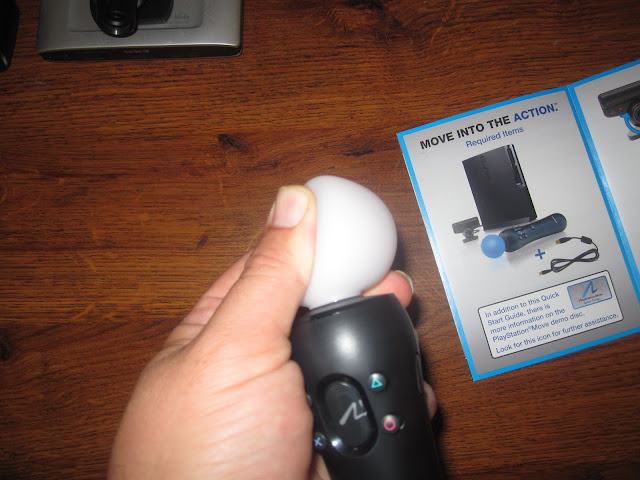 A lucky few have been able to get their hands on PlayStationâ€™s new Move controllers. I happen to be one of those lucky few to enjoy Sonyâ€™s entry into motion control goodness before most everyone else. I got my houseparty.com Ultimate Block Party a couple of weeks ago. Included in the package were 2 PlayStation Move controllers, a PS Eye camera, a demo disc, along with a collection of party favors to be handed out at the party (OMG PlayStation Move branded napkins and can holders!). Included on the demo disc is an introductory video (pretty much all the Move videos available in the PSN Store), a setup guide, and 8 different demos. 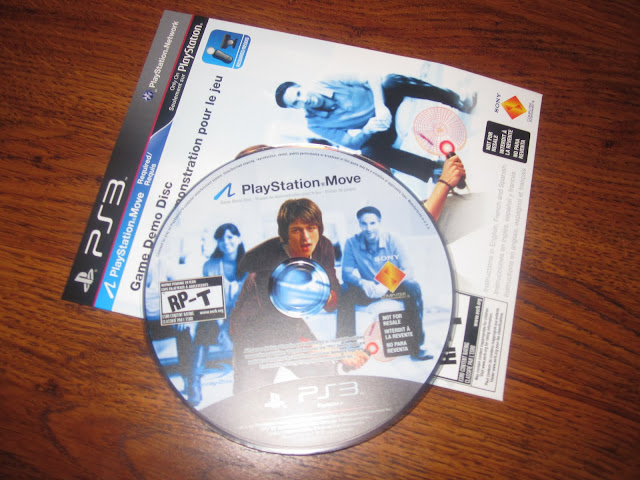 The first demo is Sports Champions. This is not just a Wii Sports clone; your playable character actually has legs. The demo only includes Frisbee Golf and Table Tennis, and only a level or two at that. Sony keeps touting that 1 to 1 tracking, and they are not lying. Every flick of the wrist, every overhand slam, every up close tap is accurately tracked. The first time I tried Table Tennis, I lost a few points because I was used to the Wiiâ€™s â€˜just wave it in any direction and you hit the ballâ€™. If I had swung at it, I might have actually hit the ball. You can move closer to or further away from the PS Eye and the PS Eye tracks how close you are to the table. Frisbee Golf is exactly like throwing a real Frisbee; I hook and slice my throws, just like I was failing miserably up at the park.

The next demo is Start the Party, Sonyâ€™s first attempt at a Move enabled mini game collection. Iâ€™ve played a few Wii mini games, and this is probably on par with their first party titles, but with the 1 to 1 tracking, it doesnâ€™t have the frustrating headaches that come free with all Wii games. Jumping from whack-a-mole to painting in templates to slicing flying fruit (evil watermelon must die). If you enjoyed any Wii party games, give this one a try.

The third demo is Kung Fu Rider. Imagine the cartoon styling of Pain, with the control of Smash Cars, toss in Move enabled controls, and you have Kung Fu Rider. The demo levels were slow and getting used to the controls takes some time. I could see there was more to the game than I was experiencing, but I just couldnâ€™t get the controls down. Not something Iâ€™m going to run out and buy on day 1, but itâ€™s worth adding to Gamefly.

Demo number 4 is TV Superstars. This is another mini game collection, but approached from a TV show perspective. Included were 2 levels of Letâ€™s Get Physical, in which you mimic running (using your arms) in one mode and then in another youâ€™re shot out of a sling shot towards targets. The sling shot game is interesting because as you Move (pun intended) the controller, it moves your airborne character. Sometimes, you have to go through feet first, so you point the Move controller away from the PS Eye. Thereâ€™s also Frockstar, think Just Dance mechanics combined with a whole lot of sparkles.

Next up was The Shoot. A moving rail shooter (think the inFamous game from PlayStation Home) set against the backdrop of a film set. Targeting takes some getting used to since the PS Eye tracks the Move controller, you donâ€™t actually â€œaimâ€ at the screen. Itâ€™d be nice to see how many levels make it into the finished game; we only got to see 1 level. Once you shoot the first 10 bad guys that pop out from behind a building, youâ€™ve shot them all.

Next was Beat Sketcher. The only part in the demo was Create. Imagine MS Paint on PlayStation. Its fun to play with and I canâ€™t want to see the rest of the game. Hardcore gamers might not care for this title, but my kids enjoy it, especially the 2 year old. If you want to see a few of my very poor samples, go check out my album.

The last demo is Tumble with the most awesome warning screen ever. 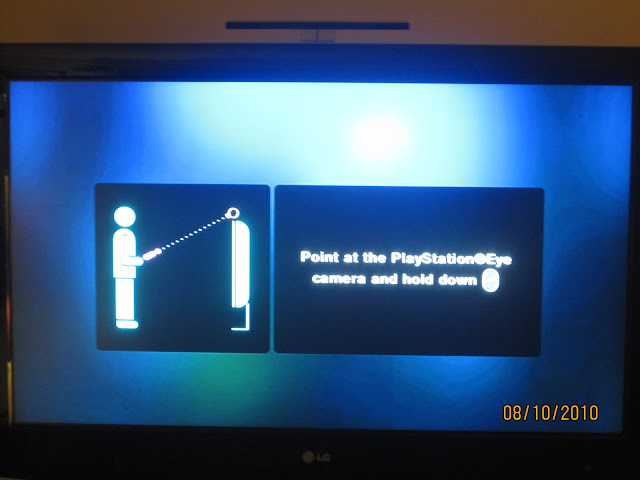 Use the Move controller in a futuristic world, where Jenga is the only activity allowed. Another party game, but at least this isnâ€™t a mini game collection and it fills the niche that previously was only filled with wooden blocks on the coffee table.

Outside of the demo disc, you can use the Move controller to navigate the XMB. You hold down the T button (the trigger on the bottom) and gesture left, right, up and down. The large Move button usually acts like the X button. If you have hundreds or thousands of games, pictures, or videos, it may take some time to scroll through them, so I suggest using the standard controller.

I thought I would have to wait several weeks to use my new controllers on anything else, and then the MAG beta came out. Iâ€™m still trying to figure out how to customize the options to make using the Move easier, but at only 8 hours a day that itâ€™s in session, itâ€™s difficult to find time to experiment. Iâ€™ve gone into a few games with the Move controller and its going to be a steep learning curve to use. Perhaps Sony should have made a new Move specific first person shooter, because regular players are going to eat Move players alive. If you would like to see some of the MAG beta – Move discussions, go to their forum.

With word of new Move enabled games all the time (Iâ€™m stoked at an inFamous 2 game with the Move), I honestly think Sony has hit a home run with the PlayStation Move. If youâ€™ve yet to see Anton Mikhailovâ€™s tech demos, you can see so many things are possible. I just canâ€™t wait for the Nav controller to be available; itâ€™ll be a day 1 purchase for me. Now if youâ€™ll excuse me, I have to go taunt my local Gamestop employees with something they canâ€™t touch yet.