No Heroes Allowed for PSP to be Released Tomorrow on PSN

The “Badman” series (which had to be renamed into “My Lord” and remove the holy from it to avoid a lawsuit from the Batman camp. No, seriously) is one of the games that has in the past made me consider buying a PSP (not fully convinced me yet). Basically the games are Tower Defense in nature since you’re trying to keep the heroes from being successful in their quest for truth, justice… and lots and lots of gold.

The third game, No Heroes Allowed (good thing they didn’t put a “More” between the No and the Heroes since that could have potentially meant receiving a slight frown from Suda 51), is set up for launch at the PSN Store on november 2nd which is just around the corner (or tomorrow, whatever you like to call it)! It seems the game won’t be available at retail (See? This IS a global crisis if developers can’t even release a game on UMD!) and thus your only option is to get it directly into your PSP thanks to the magic of the wireless fairiesÂ  and their sparkly dust. The game is excellently priced at only $9.99 so your hard earned money (thanks to about an hour and a half of work at minimum wage, but still) can earn you lots and lots of Fun-Fun.

For those that have missed the series in the past you can go to Gamestop and buy the second game, What Did I Do To Deserve This, My Lord? 2 (2 is for sequel kids!)Â  for only $19.99 (because Amazon has it for $29.99 and that’s, well, $10 extra)Â  since it includes the first game for free which makes it less than $10 per game and an excellent way to experience what the fine fellows at NIS America decided to bring over here, thus continuing their long tradition of bringing us “no way that game is ever going to see a release outside of Japan” digital fun.

Dreamfall Chapters Out Tomorrow May 4, 2017 | EdEN 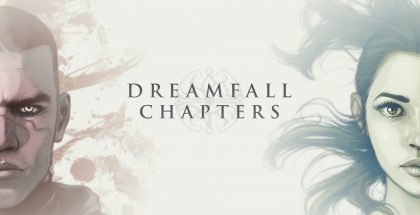