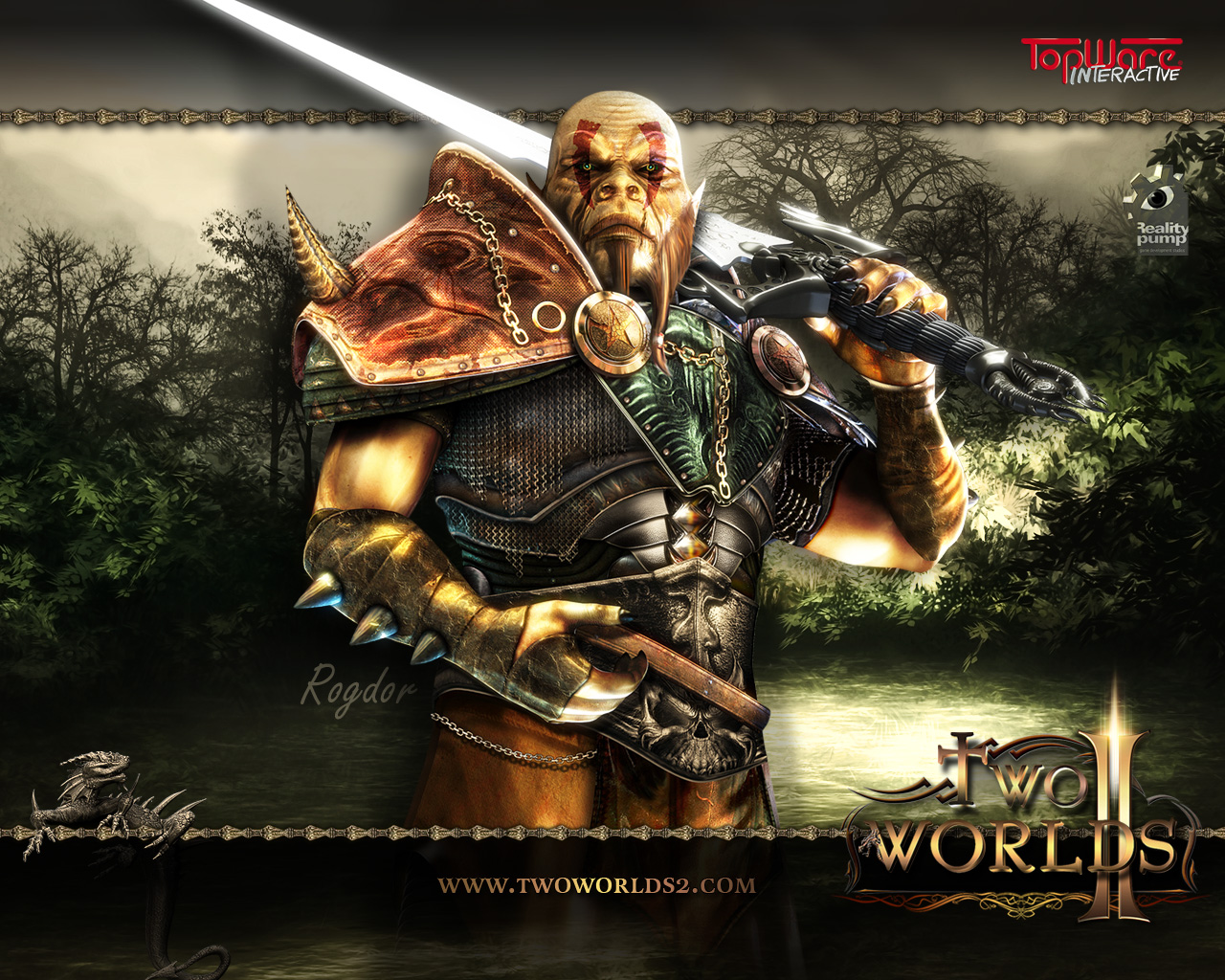 Injured enemies grunt or scream in pain and emit large splashes of blood that stain the ground; some attacks result in bone-crunching sound effects.” Doesn’t that sound like a blast!! Two Worlds 2 ESRB official rating summary has been released and provides me with even more anticipation for this great looking game. It will be released on Jan. 25 for the PS3.

Read Below for the whole ESRB summary

This is a fantasy role-playing game in which players assume the role of a warrior who must complete quests throughout the land of Antaloor. Players use swords, maces, arrows, and magical spells to defeat human soldiers and fantasy creatures (e.g., orcs, demons, mummies). Injured enemies grunt or scream in pain and emit large splashes of blood that stain the ground; some attacks result in bone-crunching sound effects. Players can also slash at unarmed townsfolk who cry out in protest (e.g., “No, please! Stop it! Get away!”); some cutscenes depict creatures that have been impaled on large spikes. Other sequences include references to prostitution and sexual material (e.g., “Men pay women for their company, nothing more. It never becomes physical unless the girl wants it to” and “[He] did force himself on me. He invited me over under the false pretense of discussing an exam I failed.”). One quest allows players to access journal entries that reference explicit sexual fantasies of submission and bondage. In one cutscene, a female character’s buttocks are exposed as she seductively approaches a male character. Language such as “f**k” and “sh*t” can be heard in the dialogue.

InFamous 2: Who Is The Beast?